Recall that a couple of days ago in the post, Obama Administration Delays Release of Hillary Clinton TPP Emails Until After the Election, we learned:

Trade is a hot issue in the 2016 U.S. presidential campaign. But correspondence from Hillary Clinton and her top State Department aides about a controversial 12-nation trade deal will not be available for public review — at least not until after the election. The Obama administration abruptly blocked the release of Clinton’s State Department correspondence about the so-called Trans-Pacific Partnership (TPP), after first saying it expected to produce the emails this spring.

As the election season accelerates, requests for public information from the State Department surrounding communications from former Secretary of State Hillary Clinton have hit speed bumps.

A review of publicly available records requests from users of the transparency site MuckRock shows that inquiries related to the Democratic presidential nominee are more likely to be delayed until after the election than other requests to the State Department — a trend government watchdogs say highlights the challenges the government has faced under President Obama to live up to its transparency aims.

Though the files reviewed by IBT constitute just a fraction of the tens of thousands of inquiries the State Department processes annually — too few, experts said, to establish any sign of deliberate obstruction — they underscore the difficulty of probing Clinton’s tenure as the top U.S. diplomat, even as interest in her record mounts.

Four of the five Clinton-related records requests maintained at MuckRock have been given approximate due dates after the election in early November. These include a request filed by International Business Times Senior Investigations Editor David Sirota regarding Clinton’s contested record on trade issues, reported Monday. The fifth request has passed its estimated May completion date and has yet to be updated.

By contrast, of 20 Freedom of Information Act (FOIA) requests updated in the past three weeks by the State Department, only half had been postponed until after the 2016 presidential election, receiving estimated completion dates in October or earlier.

Though the agency has fulfilled numerous Clinton-related requests in the past year, spokespeople declined to specify how many outstanding inquiries into Clinton records remain or how many responses are due before the election.

Despite adding dozens of staffers to its FOIA offices, the State Department argued in court that it would take 75 years to complete a review of documents related to the Republican National Committee’s sweeping request of records for former Clinton aides.

But it isn’t all external pressures hobbling the State Department. A scathing agency audit earlier this year into the agency’s processes found “procedural weaknesses” leading to “inaccurate and incomplete” responses. The State Department, on average, takes the longest among government agencies to complete simple requests: 111 days.

Complicating matters is the fact that Clinton emails must face review not only from the State Department, but also from any other government agency that feels it has a stake in disclosure of the contents. The intelligence community has played a particularly active role in scrutinizing the cache, retroactively marking dozens of Clinton emails classified. More than 2,000 documents have been kept from public view over secrecy concerns.

I’m sure there’s nothing there in the pubic interest.

The White House is one of the government offices that gets to view documents, and watchdogs have accused the executive branch of delaying the release of politically sensitive material. Though Obama launched his presidency with a promise to be the “most transparent” in history, his administration has had a fitful record on openness — earlier this year, Vice News reported that executive officials worked to undermine congressional FOIA reforms.

Of course, this appears to be part of a much larger effort to conceal who Hillary Clinton really is from the voting public. It’s the same reason she refuses to release her Wall Street speech transcripts — she needs to be able to pretend to be something she’s not during the election.

Facing an increasingly tough primary fight against Bernie Sanders last October, former Secretary of State Hillary Clinton, now the presumptive Democratic nominee, tried to distance herself from her push to negotiate the controversial Trans Pacific Partnership trade deal during her time atop the State Department (2009-2013). After months of taking positions on the deal that were criticized — even by members of her own party — as vague, Clinton said the deal wasn’t what she’d hoped it might be.

Since then she’s held fast on that position, weathering a primary fight that was anything but expected from the populist, self-described Democratic socialist Sanders, who has repeatedly railed against the TPP. At the same time, a review of the hardback edition of her memoir as secretary of state, “Hard Choices,” compared to the paperback — first noted by the Center for Economic and Policy Research (CEPR) — finds that segments of the book where Clinton describes an effort to convince American countries to join the TPP negotiations have been left out.

We encouraged “all open-market democracies driving toward a more prosperous future to join negotiations with Asian nations on TPP, the trans-Pacific trade agreement,” the original version of the book reads in a two-page segment discussing a 2009 conference in El Salvador. Those two pages have been cut from the paperback version of the book, according to CEPR.

Requests for comment sent to the Clinton campaign and Simon & Schuster, publisher of “Hard Choices,” were not immediately returned.

Who’s the Real Progressive? A Side by Side Comparison of Bernie Sanders and Hillary Clinton’s Lifetime Donors 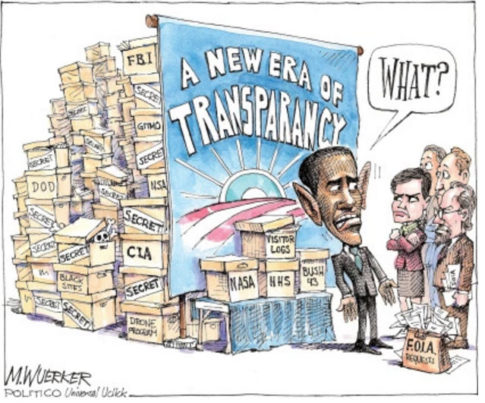