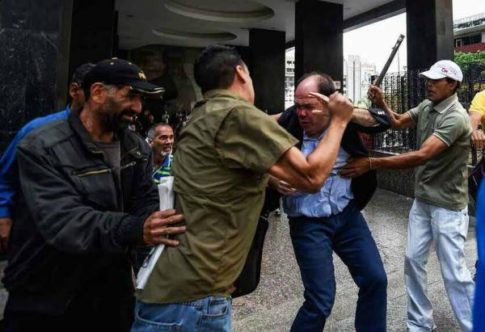 – Venezuela Opposition Leader Hit On The Face With Metal Pipe As Police Watch:

Following the recent tragic stories of mass looting by the country’s starving population, which has resulted in at least one death, and even people resorting to killing animals for food, little can shock us anymore as we follow Venezuela’s total social disintegration. Which is why we took today’s news that the leader of Venezuela’s congressional opposition bloc was hit in the face with a pipe, and bloodied as he attempted to make his way into a government building, with hardly any surprise at all. 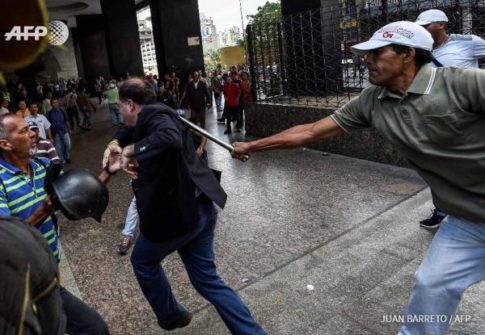 He spoke at a press conference after the attack with blood streaming down from his nose and mouth, and bloody stains on his button-down shirt.

Borges had been attempting to enter the headquarters of the country’s electoral body in downtown Caracas with other opposition figures. The area was heavily militarized, with lines of police looking on.

Borges accused police of pushing him toward gangs loyal to President Nicolas Maduro.

“Government supporters beat us with total impunity with pipes, stones, and explosives that went off in the middle of a group of lawmakers,” Borges said. “Maduro, what we want is to vote.”

The opposition is pushing for a recall referendum against Maduro this year. They accuse elections officials of dragging their feet to delay the process. Borges said the officials refused to meet Thursday. A Maduro official previously has said that there will be no referendum.