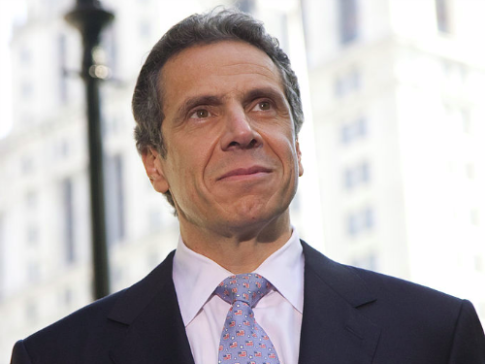 For more than 10 years the Boycott, Divestment and Sanctions Movement has been challenging Israel’s treatment of the Palestinians and raising awareness, in the hopes of placing economic and political pressure on the nation. But like any political organization, you are free to support or oppose them. Unless of course, you’re running a business that sells products or services to New York State.

On Sunday, New York Governor Andrew Cuomo made a stunning announcement on Twitter that reads: “I am signing an Executive Order that says very clearly we are against the BDS movement. If you boycott Israel, New York will boycott you.”

The executive order will have the state’s commissioner of the Office of General Services compile a list of every company or institution that supports the BDS, and force every facet of the state government to divest any money or business deals with those organizations. In other words, if you have a negative opinion on Israel, then you won’t be doing business with the New York State government anytime soon.

Obviously, this is a violation of free speech. The BDS is a peaceful organization that poses no threat to the United States or New York. It’s not treasonous to support them, therefore you have every right to support them. And even if BDS wasn’t peaceful, what Cuomo just did is just plain tyrannical. He didn’t even bother putting it to a vote in the state legislature. Like a true tyrant, he later explained that he used his executive powers to instate the boycott because passing legislation “can often be a tedious affair.”