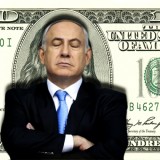 – US To Give Israel Largest Military Aid in History:

While her speech today at the American Jewish Committee Global Forum included some vague criticism of ongoing Israeli settlement expansion, as usual that will have no impact on US policy, as National Security Adviser Susan Rice centered the speech on pledges of a record military aid package being agreed to soon.

The aid package, which Rice reiterated would be the “single largest military assistance package – with any country – in American history,” is expected to be between $37.5 and $40 billion over the next decade, which Rice said proved increasing aid to Israel isn’t a partisan issue in the US, but “an enduring American interest.”

The US had initially offered a $40 billion deal which required the Israeli government to promise not to lobby the US Congress for more money during the 10-year plan, but this was rejected by Netanyahu. Other offers, in the realm of $35 billion but without the restrictions, have similarly been spurned.

Getting Israel to agree to accept the record package remains the focus on Obama’s side, while many are warning Netanyahu that waiting Obama out and trying to get more from his successor risks alienating many Democrats, particularly in Netanyahu’s deal comes from a Republican president.

Initial reports suggested Netanyahu was looking for a deal in the realm of $45 billion, though much of the discussion is based around the assumption of always demanding at least a bit more than was offered, no matter how gaudy the package already is.