Paris Mayor Anne Hidalgo has announced plans to build a “humanitarian camp” next to one of the busiest train stations in the city, so that thousands of illegal migrants bound for Britain can “live with dignity.”

Hidalgo, who has often sparred with French President François Hollande for his refusal to accept more migrants, says her plan to help illegal migrants from Africa, Asia and the Middle East is a “duty of humanism.”

Critics counter that Hidalgo’s plan is a cynical ploy aimed at positioning herself to the left of the current president, as part of a political strategy to wrest leadership of the Socialist Party from Hollande, whose approval ratings are at record lows.

At a press conference on May 31, Hidalgo said the camp would be built in northern Paris “near the arrival points for migrants.” She was referring to Gare du Nord — one of the busiest railway stations in Europe — from where high-speed Eurostar trains travel to and arrive from London.

Thousands of illegal migrants, many from Afghanistan, Eritrea and Sudan, have gathered at a nearby public park, the Jardins d’Eole, and turned the area into a massive squatter camp where conditions are squalid. The area, which is so dangerous that the government has classified it as a no-go zone (Zone de sécurité prioritaires, ZSP), has become a magnet for human traffickers who charge migrants thousands of euros for fake travel documents, for passage to London.

Hidalgo said her new camp, which will be built within six weeks, would be modelled on Grande-Synthe, a massive migrant camp near the French port city of Dunkirk.

Grande-Synthe, which is home to more than 2,500 illegal migrants hoping to reach Britain, was opened in February 2016 after French authorities destroyed a makeshift camp in nearby Calais known as the “Jungle,” from where thousands of migrants tried to break into the Channel Tunnel in a bid to reach London.

The upkeep of Grande-Synthe will cost French taxpayers €4 million ($4.5 million) this year, in addition to a stipend of €10 euros a day for every migrant at the camp. French taxpayers presumably will also be paying for Hidalgo’s camp in Paris. 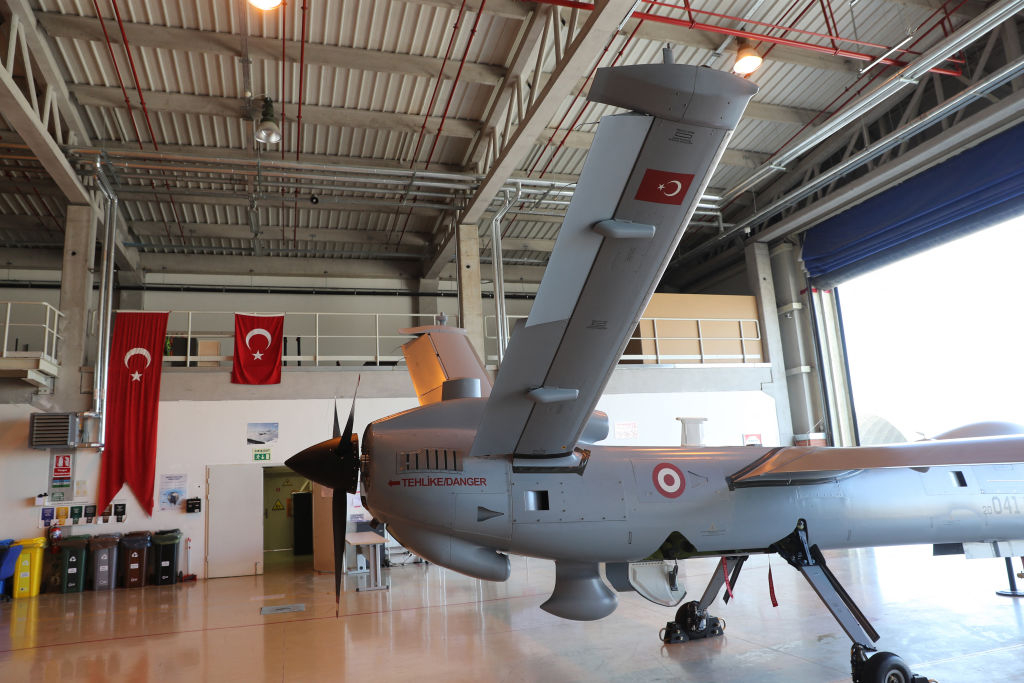 Paris Mayor Anne Hidalgo has announced plans to build a camp for thousands of illegal migrants in central Paris, which is to be modelled on Grande-Synthe (pictured above), a camp housing 2,500 illegal migrants near the French port city of Dunkirk. (Image source: AFP video screenshot)

Hidalgo, who has threatened to file a lawsuit against the American media outlet Fox News for reporting about Muslim no-go zones in Paris, seems to have no qualms about turning parts of northern Paris into ghettos for illegal migrants. “Paris will not avoid taking responsibility while the Mediterranean becomes a graveyard for refugees,” she said. “I do not want to look at myself in the mirror in 10 or 15 years and say: ‘You were mayor of Paris and you are guilty of not helping people in danger.'”

Hidalgo added that “Europe and France are not living up to their history when they fail to treat outsiders with dignity.”

Hidalgo’s project has been welcomed by some, including pro-migration charity groups, and has infuriated others, such as French Housing Minister Emmanuelle Cosse. She said there already are enough refugee shelters in Paris and that Hidalgo’s announcement would only serve to draw more illegal migrants to the city.

In an interview with Europe 1 radio, Cosse said that “migrant camps are not the solution” because they amount to the establishment of migrant ghettos where integration becomes impossible. Cosse said that more than 1,000 additional illegal migrants had arrived at the Jardins d’Eole in the week since Hidalgo’s press conference, bringing the total number of migrants there to 2,300.

A political analysis by the center-right Le Figaropostulates that Hidalgo’s plan for a migrant camp is just the latest in a series of provocations in which she is attempting to establish her left-wing credentials as part of a strategy to win leadership of the Socialist Party. The report says she believes President Hollande will lose his bid for reelection in 2017, and that his defeat will pave the way for a leadership battle between Hidalgo and French Prime Minister Manuel Valls. According to Le Figaro, Hidalgo is determined to become the Socialist Party candidate for President of France in 2022.

A report by the French public radio channel France Inter describes the rivalry between Hidalgo and Valls as “war unto death.”

Hidalgo’s quest to become the first female president of France may be derailed by the head of the anti-immigration National Front party, Marine Le Pen, who is now one of the most popular politicians in France.

According to an opinion poll published by Le Monde on June 1, 28% of those surveyed said they would vote for Le Pen in 2017, compared to 21% for former president Nicolas Sarkozy and 14% for Hollande. The poll also shows that on a scale of 1 to 10, Hollande’s approval rating is at 2.1.

The National Front party has accused Hidalgo of putting the concerns of migrants ahead of those of French citizens. In a statement, the party said that the number of homeless people in Paris had increased by 84% between 2002 and 2012, but that Hidalgo has shown little interest in alleviating the problem:

“It is absolutely scandalous that Paris Mayor Anne Hidalgo uses taxpayer money to house illegal migrants. Migrants should not be housed in hotels or in modular homes within migrant camps. They should be in detention camps waiting to be taken back to their country of origin.

Meanwhile, efforts by French police to tear down makeshift migrant camps have become like a game of whack-a-mole. More than 20 camps have been dismantled in Paris over the past 12 months, but each time they are rebuilt within weeks.

On May 2, police cleared a makeshift migrant camp under the Stalingrad Metro station (near Gare du Nord) after thousands of migrants brandishing metal poles and wooden planks engaged in a mass brawl on April 14. (A four-minute YouTube video of the melee can be viewed here.) The camp had previously been cleared on March 30.

Although the EU-Turkey migrant deal has temporarily stemmed the flow of illegal migration to Greece through Turkey, hundreds of thousands of migrants are still making their way into Europe.

According to the International Organization for Migration, more than 204,000 migrants arrived in Europe (mostly Greece and Italy) during the first five months of 2016, more than twice as many as arrived during the same period in 2015.