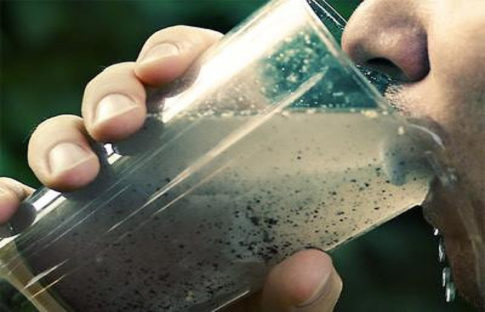 As the Flint water crisis has shown us, sometimes the quality of America’s water infrastructure is not what you’d expect in a developed nation. However, the problems with our tap water are not just found in a few impoverished municipalities. In fact, dangerous chemicals and pathogens can be found in faucets all over America.

Case in point, the West Morgan-East Lawrence Water Authority in Alabama just advised 100,000 of their customers to stop using their tap water for drinking or cooking. According to the general manager of the Water Authority, who spoke at a press conference on Friday, “I recommend that all our customers do not drink our water, until we are able to bring the temporary system our engineer is designing online.” That includes water that has been boiled or cleaned with Brita style filters, neither of which can remove the contaminants.

The chemicals in question are known as perfluorooctane sulfonate and perfluorooctanoic acid, which are known to cause cancer, thyroid damage, birth defects, and developmental problems in children. The chemicals are typically used in the manufacture of non-stick cookware, waterproof clothes, and carpet sealants.

It’s believed that they were discharged into the Tennessee River by companies like 3M, a claim which the vice president of the company says is overblown. “Although we support the work of the EPA and other regulators, we believe these advisory levels are overly conservative…We believe that PFOS and PFOA do not present health risks at levels they are typically found in the environment or in human blood.”

In any case, the West Morgan-East Lawrence Water Authority has said that their advisory will remain in place until September. They’ve also admitted that they have no “means to provide bottled water for its customers in the interim.”