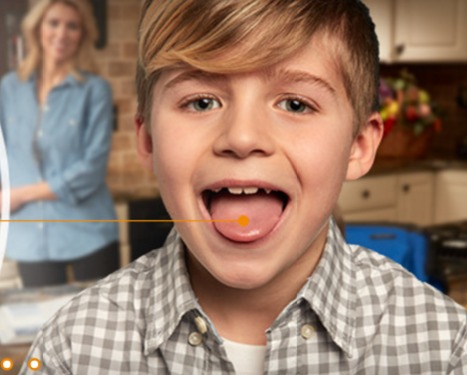 It’s especially ironic given the scrutiny over THC-medicated edibles in places like Colorado, Oregon, and Vancouver, where lawmakers see their ease of use as problematic for children.

Some in the medical community insist that creating an ODT (orally disintegrating tablet) version of an ADHD drug is a natural course of action for a group of medications with such a widespread use as stimulants; Dr. Ben Biermann of the University of Michigan told STAT that “it’s simply another delivery mechanism.” ODTs have many benefits for those who suffer from difficulty swallowing or have compliance issues, and notably can be taken without liquid.

Adzenys is not the first scheduled drug to come as an ODT. Pharmaceutical companies have previously produced chewable stimulant medications such as Methylin, an ADHD treatment chemically similar to Ritalin. Klonopin, a benzodiazepine, and Abstral, a fentanyl-based opioid, both come in ODT form. But it does seem to be one of the first drugs that is controlled, dissolvable, flavored, and approved and marketed for children.

The Texas-based manufacturer behind the drug, Neos Therapeutics, specializes in developing drugs specifically for ADHD. (Neos did not respond to a request for comment.) The company, which went public in July of 2015, saw shares jump 40 percent after the launch of Adzenys, which, according to CEO Vipin Garg, aligned with making the drug available “before the back-to-school season”. Garg also noted that Neos will be seeking FDA approval on another ODT stimulant similar to Ritalin in addition to an amphetamine liquid suspension.

In response to a segment about Adzenys that aired on Here & Now from WBUR Boston, Neos Therapeutics released a statement that their goal for the drug was to “provide an alternative for patients and families that have struggled to find the right treatment for this serious neurobehavioral disorder.”

The CDC has warned that too many American children with ADHD are overmedicated—up to 75 percent of those diagnosed are on a stimulant—and that behavior therapy should be strongly considered as an alternative. Almost 2 million of children presently diagnosed were done so between ages 2 and 5. In 2014, 63.1 million prescriptions were written for ADHD medication, and sales are projected to grow to almost $17.5 billion by 2020.

Abuse of prescription stimulants among high school and college students is widely known. It is possible that Adzenys’ ease of use might encourage abuse in these young adult populations that could specifically request the drug from their care providers to later distribute, although ease of use is not typically a concern among abusers.

More troubling is the psychological effect that a flavored ODT may have on children and their perception of medication. According to the website Pediatrics for Parents, “positive taste experiences lead to less medication struggle, improved medication adherence, and better health outcomes… set[ting] the stage for a favorable outlook on all future medication encounters.”

Parents are told to remind their children in these instances that what they are receiving is medication, and not a treat or candy. There have been no longitudinal studies done to date on the long-term psychological effects of using flavored medicine in children, but FLAVORx, a company who develops custom flavor additives for medications, touts around 14 studies on its website promoting adherence and palatability, essentially stating that better flavored medicine is proven to be more widely enjoyed. Bloomberg Businessweek recently ran a cover story on Nestle’s entrance into the pharmaceutical world. The company is hoping to use their food science to create medicine “as an appealing snack, not a pill.”