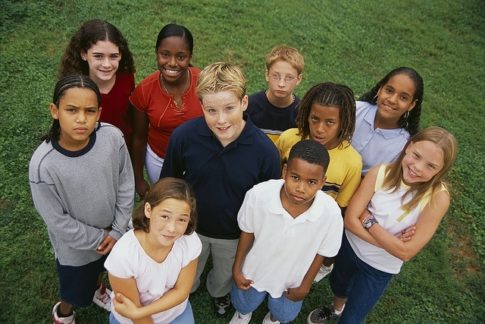 What do these studies show? The research demonstrates conclusively that unvaccinated children enjoy far superior health when compared to those vaccinated. Unvaccinated children experience almost no incidence of autism, autoimmune disorders, asthma, allergies, diabetes and other common childhood diseases which have reached epidemic proportions in recent years.

One of the most comprehensive studies is an ongoing comparative survey by German homeopathic physician Andreas Bachmair. Bachmair is conducting an independent study comparing the health of vaccinated to unvaccinated children with 17,461 participants.

This research has found a significant increase in the following diseases in those vaccinated: asthma, allergies, bronchitis, otitis media (ear infections), hay fever, herpes, neurodermatitis, hyperactivity, scoliosis, epilepsy, autoimmune disorders, thyroid disease, autism and diabetes. Furthermore, Bachmair discovered three other studies which substantiated his findings. To see the chart with the comparison in diseases, visit this link provided by the Vermont Coalition for Vaccine Choice.

For comprehensive survey results for this published study, see this link.

The majority of those who participated were Americans, with 25 percent of participants comprised of Germans. Ninety-nine percent of those who chose not to vaccinate their children reported to be happy with their decision. Because this study is ongoing, study numbers will vary depending on the report viewed. [1]

A study in Guinea-Bissau, West Africa, which studied the children of 15,000 mothers between 1990-1996, demonstrated that the death rate for children vaccinated against diphtheria, tetanus and whooping cough was double for those who had been vaccinated.

Vaccinated children experienced 2 to 10 times higher rates of illness compared to those vaccinated. [3]

Research On Autism And Neurological Disorders

In a Homefirst Health Services survey in which 90 percent of children have had no vaccinations, none of the 35,000 children had an autism diagnosis. Furthermore, these children had extremely low asthma rates.

In a Cal-Oregon survey of 9,000 boys, those children vaccinated experienced a 155 percent greater chance of having a neurological disorder such as autism or ADHD.
[6]

In Sally Fallon’s Nourishing Tradition’s Book of Baby and Childcare, five studies are reported, including the Africa and German study previously discussed. The studies all conclude that unvaccinated children enjoy better health than those who have been vaccinated.

In a 1997 New Zealand study, 1265 children were surveyed. Of those children who were vaccinated, 23 percent were reported to suffer from asthma and 30 percent suffered from allergies, compared to none in the vaccinated group. [8]

While government groups maintain that no studies have been done to compare the health of vaccinated to unvaccinated, the reality is that several comparative studies have been completed by independent researchers in the US and in other countries.

The Centers for Disease Control and Prevention refuses to conduct such studies, claiming they would be unethical to perform. In reality, these studies could easily be performed, since many educated parents choose to not vaccinate their children.

The evidence is overwhelming. Studies completed in New Zealand, Germany, Africa, Great Britain and the United States have come to the same conclusion. Unvaccinated children enjoy far superior health on all measures of disease entities.