If bondholders were angry with Puerto Rico before, they’ll surely be pissed now that there is a reasonable chance that they’ll end up with nothing at all as 1 17 member audit commission found some of the nation’s debt “unconstitutional.” In other words, the government may now just declare the bonds invalid.

After Puerto Rico defaulted on its $422 million debt payment in May, governor Padilla begged congress to step in and help out, which happened shortly thereafter when a House committee cleared legislation that provided Puerto Rico with a way forward on restructuring its debt. 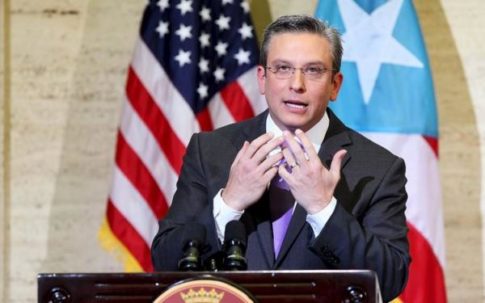 As it turns out, on the day the House announced that it planned on taking up the Puerto Rico bill next week, a 17 member audit commission found that two debt issues worth $4.4 billion of the $72 billion in debt outstanding were unconstitutional.

Said otherwise, the government may now just declare the bonds invalid. It’s a handy development for governor Padilla, since the two debt issues were expected to default on July 1. Also helpful is the fact that it would be one less item for Padilla to worry about since he proposed a budget for 2016-2017 that provides for only $209 million of the $1.4 billion in current debt service cost.

An audit report published on Thursday suggests that debt-laden Puerto Rico may be able to void some of its borrowing because politicians exceeded constitutional debt limits and their own authority.

The report, shared with MarketWatch, states that some of Puerto Rico’s debt may have been issued illegally, allowing the government to potentially declare the bonds invalid and courts to then decide that creditors’ claims are unenforceable. The scope of the audit report, issued by the island’s Public Credit Comprehensive Audit Commission, covers the two most recent full-faith-and-credit debt issues of the commonwealth: Puerto Rico’s 2014 $3.5 billion general-obligation bond offering and a $900 million issuance in 2015 of Tax Refund Anticipation Notes to a syndicate of banks led by J.P Morgan.

Money for those debt payments is not in the commonwealth’s proposed budget, either. On Tuesday Puerto Rico’s governor, Alejandro García Padilla, sent a proposed 2016-17 budget to the island’s legislature that provides for only $209 million of the $ 1.4 billion of current debt-service cost. As García Padilla told reporters at a news conference: “This is simple: either we pay Wall Street or we pay Puerto Ricans. If the legislature decides we pay Wall Street more, well, each has his responsibility. I will continue defending Puerto Ricans. Money I send to Wall Street, I do not have to provide services here.”

Puerto Rico defaulted May 1 on a portion of its $72 billion in outstanding debt, but the commission’s audit covers two debt issues expected to default on July 1. The report’s conclusions may allow the commonwealth to pursue a strategy with even more dire consequences for bondholders. The commission’s report says that Puerto Rico may have violated its constitution by borrowing to finance deficits, borrowing beyond its debt ceiling and using a refinancing technique called the “scoop and toss” to effectively exceed bond-duration limits.

The Puerto Rican constitution contains a balanced-budget clause that explicitly prohibits borrowing to finance operating deficits, but its politicians borrowed to cover deficit financing in its 2014 General Obligation Bond Offering, according to the commission’s initial review. The March 2014 General Obligation Bond states that the proceeds would be used in part to cover deficits that had accumulated and that were expected to occur in the year of the offering. The documents include a chart showing deficits financed with borrowing during the past and that were expected to recur.

In addition, Puerto Rico did not inform bondholders that its constitution forbids it from using debt to finance deficits. That, the commission’s report says suggests “substantive” noncompliance with the letter of the constitution.

The US courts have precedent for this argument in Litchfield v. Ballou, and most recently the argument was used by Detroit when it filed its bankruptcy, although that case was settled prior to trial.

The U.S. Supreme Court has said in the Litchfield v. Ballou case and, more recently, in litigation related to Detroit’s bankruptcy that borrowing above a debt ceiling may allow the issuer to declare debt invalid and, therefore, unpayable. Detroit went to court to invalidate $1.45 billion in certificates of participation, debt issued by two shell companies called “service corporations.” The parties settled before the case went to trial, but, while refusing two initial proposed settlements, the judge stated that Detroit’s argument had “substantial merit” and that the suit would have had a “reasonable likelihood of success.”

Melissa B. Jacoby, a professor of law at the University of North Carolina who specializes in distressed debt, noted that the negotiations have been complicated by claims that certain bonds are special and have priority over debt held by other creditors. “But if some debt was issued illegally, then, at the very least, those creditors’ claims of priority are dramatically weakened,” said Jacoby. “Indeed, they would be lucky to get anything at all.”

If bondholders were angry with Puerto Rico before, they’ll surely be pissed now that there is a reasonable chance that they’ll end up with nothing at all. The Federal Reserve will be forced to buy Puerto Rico’s debt in the future however, since, if this finding is upheld, credit markets will not be kind in the future.

Then again, maybe Goldman will invest in Eaglevale Partners and at least someone will be willing to invest in junk bonds.