“I am appalled by it. It should be neutral,” exclaimed one angry Brit after seeing that Brexit voters are being sent postal ballots with a guide that strongly suggests they should vote for Britain to remain in the European Union. 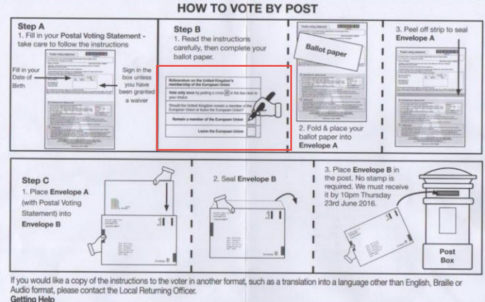 And, as The Telegraph reports, this has prompted furious complaints from anti-EU campaigners, as the step-by-step guide includes advice to “read the instructions carefully, then complete your ballot paper” above an image showing a pencil in a hand ticking a box to “remain a member of the European Union.” 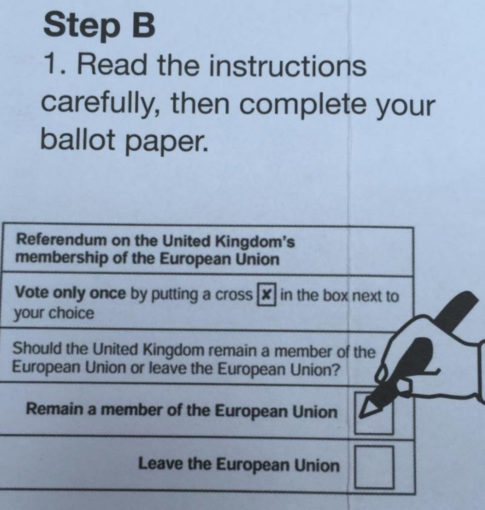 “When i first saw these instructions I was disgusted… The Electoral Commission should never have allowed this to be sent.”

Experts say there is a risk that the forms could be challenged in court because they appear to guide the choice of voters.

Bernard Jenkin – the MP who oversees the conduct of the referendum – noted “any subliminal messaging by authorities purporting to be neutral is absolutely forbidden and it should be reported to the Electotal Commission,” and Arron Banks – a backer of the Leave.EU campaign – exclaimed “to send out postal votes with instructions showing people how to vote and favoring the “remain” campaign is the latest outrage... we will be asking our lawyers to contact the electoral commission for an explanation.”

Officials defended the design of the instruction leaflet, saying “the placement of a pen graphic is incidental… it could not be construed as indicating how to vote.”

But the chief executive of Electoral Administrators warned “clearly this has not followed good practice.”

It seems that the establishment is leaving nothing to chance. With ‘Project Fear’ now complete – as politicians enter the dark period of propaganda prior to the vote – the manipulation will continue until the status quo is maintained… for now, the polls suggest the establishment is going to have do more… 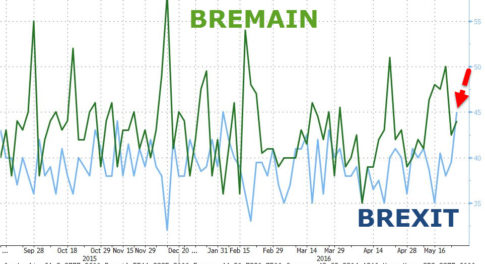