– Over 40 Shot As Violence Erupts In Chicago During Memorial Day Weekend:

Less than a week ago, after reporting that shootings in Chicago were up an astonishing 50% from the same time in 2015, Chicago’s police superintendent Eddie Johnson proclaimed “as we look toward the summer months, violence will not be tolerated.” Johnson didn’t give any further details around what the plan was actually going to be to stem the violence other than volunteers would be asked to work overtime during the Memorial Day Weekend. 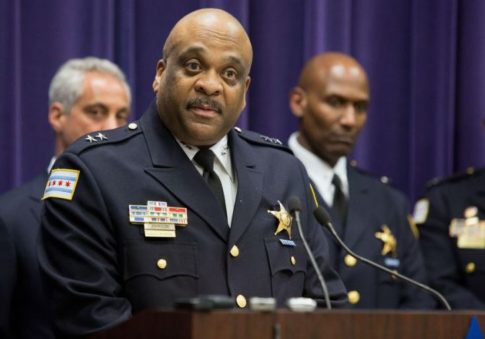 Sadly, as the Chicago Tribune reports, whatever plan Johnson had didn’t work and violence in Chicago has erupted once again. So far this Memorial Day weekend, there have been 40 people shot (4 killed, 36 wounded), and with two full days left, 2016 shootings are likely to far surpass last year’s total of 56 that were shot over this same weekend.

Nineteen of the shootings took place either in or within a half-mile of the Harrison District on the West Side police said. The district is one of the city’s most violent, despite having more officers assigned to it than almost any other district in the city. 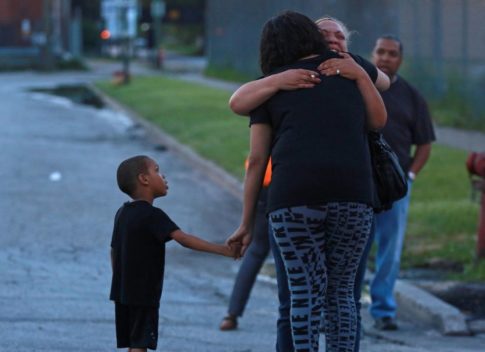 • A 17-year-old boy walked into Roseland Community Hospital with a gunshot wound to his leg Sunday morning. Police said he was hit around 5:15 a.m. in the 300 block of West 108th Street. Details were not immediately available.

• A 27-year-old man walked into Stroger Hospital around 4:45 a.m. after being shot in the 5000 block of West West End Avenue.  He was hit in the right leg and was reported stable.

• A 26-year-old woman walked into Loretto Hospital around 4:40 a.m. after getting shot in the back in the 3900 block of West Wilcox Avenue, police said. Police expected her to be transferred to Stroger Hospital.

• A 23-year-old man was shot in the 9700 block of South Vincennes Avenue about 3:45 a.m. after getting into an argument, police said. He was in a car and started arguing with someone in another car, and that person shot him. He drove to St. Bernard Hospital to be treated for a leg wound, police said.

• A 27-year-old man was shot in the 900 block of North Cambridge Avenue on the Near North Side about 2 a.m., police said. He was listed in critical condition at Northwestern Memorial Hospital. It wasn’t clear what led to the shooting. Police taped off a parking lot between low-rise yellow-brick buildings and used empty small plastic cups to mark the location of shell casings.

• Two men, 21 and 22, were shot in the 700 block of North Kedzie Avenue about 1:05 a.m. Both walked into Norwegian American Hospital for treatment, and the younger man was transferred to Mount Sinai Hospital.

• Two women, whose ages weren’t available, told police they were shot on the Dan Ryan Expressway, possibly between 35th and 39th streets about 12:35 a.m., police said. Officers described the pair as “uncooperative,” and Illinois State Police didn’t have any information about the shooting as of about 6 a.m.

• A 37-year-old man was shot in the 4700 block of West Erie Street about 12:20 a.m. He was taken to Mount Sinai Hospital in critical condition with wounds across his body, police said. The man ran toward Cicero after getting shot and waited in front a house while a neighbor applied towels to his wounds. Paramedics picked him up there.

• Two men, 28 and 29, were shot in the 700 block of South Independence Boulevard about 11:55 p.m. Both were taken to Mount Sinai Hospital and their conditions were stabilized.

• A boy, 17, walked into Mount Sinai Hospital for a gunshot wound to his leg around 10:15 p.m. The boy told police he was shot in the 1500 block of South Ridgeway Avenue. Someone dropped him off at the hospital.

• Three people were wounded in the West Englewood neighborhood about 10:05 p.m. Two of them, ages 17 and 23, were on a porch when someone shot toward them. A 46-year-old woman in a nearby car was grazed in the neck. The woman was taken to Advocate Christ Medical Center and the other two walked into Holy Cross Hospital.

• At 9 p.m. a 23-year-old man was shot on the 5100 block of West Chicago Avenue in the Austin neighborhood, police said. The man was walking on the sidewalk when a light-colored vehicle drove up and someone inside shot him, police said. He was taken to Mount Sinai Hospital, where his condition stabilized, police said.

• Around 8 p.m., a 26-year-old woman was found shot in the driver’s seat of a car on the 3900 block of West Lexington Street in the Lawndale neighborhood, police said. The woman was shot in the lower neck and was taken to Mount Sinai Hospital in critical condition. She was driving when someone on the street fired shots. She crashed just east of Pulaski Road.

• At 7:44 p.m. a 19-year-old man was shot on the 8300 block of South Dante Avenue in the Marynook neighborhood on the Southeast Side, police said. The man was shot in the buttocks, and his condition was stabilized at Northwestern Memorial Hospital, police said.

• Someone shot and seriously wounded a 24-year-old man in the leg at 4:20 p.m. in the 1400 block of West 99th Street in the Longwood Manor neighborhood, police said.  A weapon was recovered, but the man was not being cooperative with officers. He was taken to Advocate Christ Medical Center in Oak Lawn, where his condition has stabilized, said Chicago Fire Department Cmdr. Walter Schroeder.

• Paramedics responded to the 3900 block of West Erie Street in the East Garfield Park neighborhood about 3:45 p.m. for two 46-year-old men who suffered gunshot wounds to their lower extremities, according to police and fire officials. Both were taken to Stroger Hospital in good condition, fire officials said. Police said they were shot by three robbers. One of the victims was shot in the right leg while the other was shot in the left ankle.

It turns out that those “strategic subject lists” algorithms being provided to the police aren’t really helping much, either that or police superintendent Eddie Johnson has a different definition of “tolerate” than we do. We can’t even imagine just how many shootings will take place in Chicago over these next 48 hours, as in addition to the “normal” violence that occurs, the number of retaliations for what’s happened already over this weekend will undoubtedly cause the numbers to skyrocket.