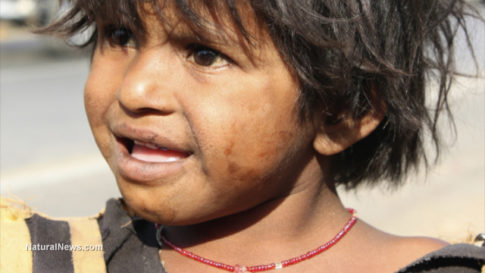 Sen. Bernie Sanders, the first openly socialist U.S. presidential candidate, won’t become the Democratic Party’s nominee, no matter how much his supporters kick and scream about the unfair advantages awarded his chief rival for the Oval Office, Hillary Clinton.

But sometimes dreams don’t come true, and for a reason: Some entity somewhere is trying to spare Sanders supporters (and the rest of the American public) the pain and agony and despair that socialism would bring to the United States.

That entity is even providing a modern-day example, if anyone at Sanders’ rallies cares to take an honest look: Venezuela, a once-successful capitalistic country that has descended into an economic death spiral, thanks to more than a decade of bad, socialist government.

A pictorial report of conditions in the South American nation recently by the UK’s Daily Mail should make any real fan of socialism not simply take pause, but run away as fast as they can from anyone advocating that form of government.

‘They’re the lucky ones’

Poor hospital conditions with dirty operating instruments; dramatic shortages of IV fluids and even basic medications; food shortages; power shortages; spiking crime and unrest – it is madness. Hell on earth. And it’s going to get worse, because the country’s socialist president, former bus driver Nicolas Maduro, is blaming his lousy governance and economic illiteracy on some crazy U.S.-hatched plot to bring him and the country down. (In reality, the last thing America needs is yet another migrant stream from yet another failed Central or South American country.)

Emergency patients must wait for hours in filthy ERs and operating rooms before being attended to, again with poor instrumentation and in very unsanitary conditions. The shortage of doctors and medical staff has long since become an emergency in and of itself.

As the Daily Mail notes further:

The Luis Razetti Hospital in the portal city of Barcelona looks like a war zone.

Patients can be seen balancing themselves on half-broken beds with days-old blood on their bodies.

They’re the lucky ones; most are curled up on the floor, blood streaming, limbs blackening.

Children lie among dirty cardboard boxes in the hallways without food, water or medication.

Without electricity or functioning machines, medics have had to create their own solutions. Two men who had surgery on their legs have their limbs elevated by makeshift slings made out of water bottles.

One man is missing half his skull after a severe head injury a year ago. He is still waiting for post-surgery treatment.

That was just the start of months of misery at the center.

This is real, but most Sanders supporters and other Americans who were taught by Left-wing academics and politicians to hate free-market capitalism and incentive – the very economic models that transformed America into the world’s biggest economy – have never seen such conditions or experienced them, so they have no point of reference. It’s easy to shout, “Everything should be free,” and “Make the rich pay!” when you don’t (yet) have to live with the results.

The Venezuelan people are living with those revolutionary ideals; they suffer while the ruling elite that seduced the masses into giving them power make their way just fine by skimming what they need off the top first.

“In just one day,” the Daily Mail‘s reporters “witnessed the deaths of seven babies since there were no oxygen tanks, and doctors had to pump air into their lungs by hand.” (Room air won’t do when bottled oxygen is needed – they aren’t the same thing.)

What in the world would Americans do if they had to endure such conditions – especially after they themselves voted for the “leaders” who gave them those conditions?

There is much more and you should read the full report here.

Then print it off and give it to a Sanders supporter you know, or anyone else who thinks “the government” should own and run everything.