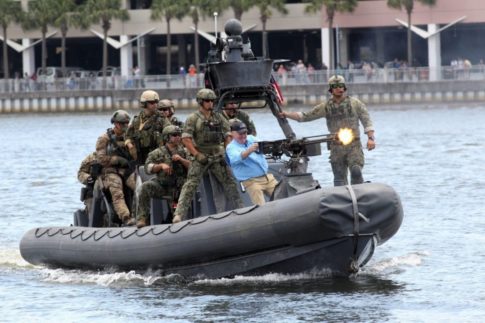 TAMPA — On Wednesday, Special Operations troops from more than a dozen countries jumped out of helicopters, rappelled from buildings and expended hundreds of rounds of ammunition as they attempted to rescue the mayor of this Florida city.

The operation was, of course, an exercise, but it was also a public spectacle for a force that has tried desperately to remain in the shadows despite now being at the forefront of America’s wars.

Aside from U.S. Special Operations forces, including Navy SEALs, Marine Raiders and Army Green Berets, countries such as Ireland and Jordan also participated in the exercise. Many of the participants covered their faces, and only a select few were allowed to speak to the media afterward.