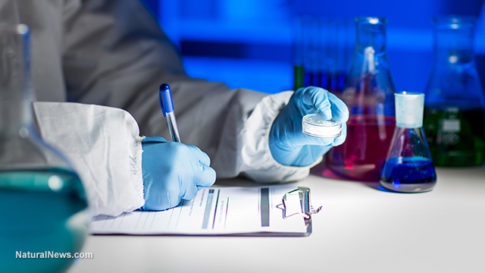 Even though the big revelations about Big Pharma’s science paper research fraud came out years ago, most people are still not aware of this. Here’s the scoop: Drug companies routinely pay P.R. firms to ghostwrite clinical science papers which are published in medical journals and forwarded to the FDA to “prove” the drugs are safe and effective. But it’s all a farce: The papers are pure fiction, dreamed up by what are essentially marketing firms for the sole purpose of getting drugs approved even when they don’t work.

In court, it turned out that many of the medical research papers supporting HRT had been ghostwritten by a commercial medical communications company called DesignWrite, whose website boasted that over twelve years they had “planned, created and/or managed hundreds of advisory boards, a thousand abstracts and posters, 500 clinical papers, over 10,000 speakers’ bureau programmes, over 200 satellite symposia, 60 international programmes, dozens of websites, and a broad array of ancillary printed and electronic materials.” It emerged that DesignWrite organized a “planned publication programme” for Prempro, consisting of review articles, case reports, editorials and commentaries, using the medical literature as a marketing tool.

As Ben Goldacre reported in the Guardian: DesignWrite wrote the first drafts and sent them to Wyeth, who advised on the creation of a second draft. Only then was the paper sent to the academic who would appear as the “author” … Design Write sold Wyeth more than 50 peer-reviewed journal articles for HRT, and a similar number of conference posters, slide kits, symposia, and journal supplements. Adrienne Fugh-Berman (an associate professor of physiology at Georgetown University) found that these publications variously promoted unproven and unlicensed benefits of Wyeth’s HRT drug, undermined its competitors, and downplayed its harms … [A]cademic journal publications are not regarded as promotional activity, so all this was legal. Worst of all was the complicity of the academics… “Research shows high clinician reliance on journal articles for credible product information,” said Design Write. They’re right: when you read an academic paper, you trust it was written by the person whose name is on it.

This nefarious activity was uncovered by PLoS Medicine, an open source medical journal that has a history of being far more transparent than the usual pharma-corrupted journals like BMJ and The Lancet. As PLoS reported:

…the documents illustrate how Wyeth Pharmaceuticals contracted with DesignWrite, a medical communications company, to write articles for top-tier medical journals with the intention of bolstering the sales of the Premarin family of hormone replacement products. After the articles were written, DesignWrite solicited prominent health professionals to appear as “authors.”

As all this was unfolding, Sen. Charles Grassley launched an investigation into the fraudulent practices of Big Pharma. As reported by LegalExaminer.com:

Mr. Grassley’s staff released several of internal corporate documents gathered from lawsuits that show the central, previously undisclosed role of Wyeth and DesignWrite in creating articles promoting hormone therapy for menopausal women as far back as 1997.

The documents also show Wyeth executives came up with ideas for medical journal articles, titled them, drafted outlines, paid writers to draft manuscripts, recruited academic authors and picked publications to run the articles – all while failing to disclose the companies’ role to journal readers and editors.

This was all part of the Hormone Replacement Therapy (HRT) drug scam, when tens of millions of women were told they should be taking HRT drugs. In reality, those drugs caused huge spikes in breast cancer, generating a wave of new profits for the cancer industry.

See how this works? Big Pharma invents a drug that causes cancer, then hires a bunch of fraudulent P.R. firm scientists to slap together a series of fictional science papers, then the FDA approves the drug and doctors start pushing it. The drug companies bribe the doctors with free vacations to Hawaii, then prescriptions skyrocket, earning billions for the pharma giants. As the cancer rates start to skyrocket, the cancer industry cashes in on all the cancer surgery, radiation and chemotherapy profits.

What else is new? Big Pharma is a corrupt, criminally run science fraud industry based on hucksterism and quackery. Every once in a while, they actually get caught and have to pay a big fine… and then they just keep on committing fraud because it’s so damn profitable!

Wyeth, by the way, is now owned by Pfizer, makes of numerous vaccines and pharmaceutical drugs, all of which have toxic side effects. The industry no longer needs to poison women with HRT drugs, because they’ve managed to insert cancer-causing viruses into vaccines, guaranteeing a strong future windfall of cancer profits as all the vaccines kick in.

Sources for this article include:
http://www.amazon.com/Science-Set-Free-Paths…