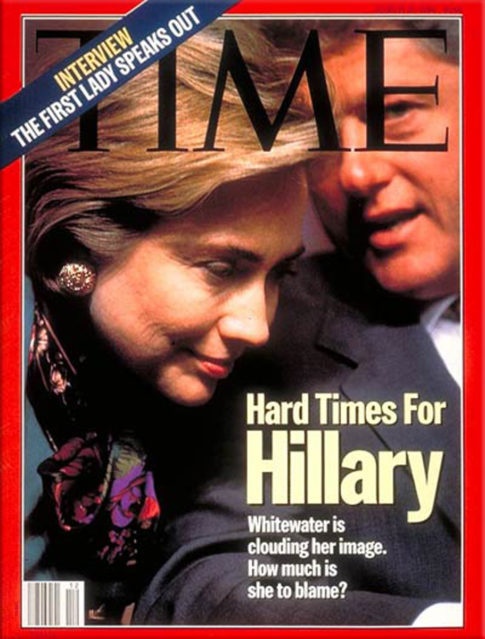 – Trump Accidentally Reveals His Next Attack On Hillary:

Two days after Donald Trump released a clip in which he hinted at Bill Clinton’s sexual transgressions by featuring two women – Kathleen Willey and Juanita Broaddrick – who have made rape accusations against the former president, and then promptly escalated his attacks on the Clintons in an interview with WaPo in which Trump called the circumstances of Vincent Foster’s death “very fishy”, Trump accidentally revealed what his next attack on Hillary will be.

This is how it was accidentally revealed: Trump campaign adviser Michael Caputo on Wednesday morning emailed a researcher at the Republican National Committee asking him to “work up information on HRC/Whitewater as soon as possible. This is for immediate use and for the afternoon talking points process.”

The email was obtained by Politico when Trump campaign spokeswoman Hope Hicks, who Caputo copied on his request to the RNC, accidentally responded instead to Marc Caputo, a Politico reporter who is not related to the Republican consultant.

As Politico adds, RNC chief strategist Sean Spicer issued a statement praising his committee’s research team as “the best in the business,” but neither he nor Hicks responded to questions about how or when the Trump campaign intended to invoke Whitewater, or whether they thought that spotlighting the matter might open Trump to more scrutiny of his own mixed record in real estate.

Considering Trump’s “hesitancy” about attacking the Clintons, the questions will be promptly answered and the final product will be released shortly.

As most are aware, Whitewater refers to a scandal involving the Clintons’ real estate investment during the late 1970s through a company they formed called the Whitewater Development Corporation. After Bill Clinton was elected president in 1992, the Justice Department and the U.S. Congress investigated various aspects of the Whitewater deal, including allegations that Clinton, as governor of Arkansas in the mid-1980s, used his influence to arrange a $300,000 loan to the Clintons’ partner in the deal.

Some Clinton associates were convicted for their roles in the matter. However, as has happened repeatedly with the former first couple, after the DOJ looked into the involvement of the Clintons, was never prosecuted, despite the Justice Department having prepared several draft indictments of Hillary Clinton, which are the subject of an ongoing lawsuit seeking to compel their release.

Whitewater became a fulcrum in a constellation of interconnected scandals that continued to plague the couple through Bill Clinton’s entire presidency, and that Trump, the presumptive GOP presidential nominee, is now spotlighting in an effort to damage Hillary Clinton, his likely general election rival.

The implication that the Clintons received preferential treatment over something which CNN will call yet another “conspiracy theory”, is precisely why Trump will go after Whitewater next.

Trump’s interest in Whitewater should hardly come as a surprise. In a recent interview, Trump signaled his interest in both Whitewater and the death of Clinton White House counsel Vince Foster, who was involved in responding to Whitewater inquiries and filing overdue tax returns for the Whitewater Development Corporation.

And so the triangular “constellation” of attacks takes shape: Clinton’s rape allegations – Vince Foster’s death – and now Whitewater. We doubt Trump will rest there.

As for Hillary, at least she knows what’s coming next.

We can only assume that among Trump’s next digs at Hillary he will take on her unprecedented cattle futures trading record. Recall:

Hillary Rodham Clinton was allowed to order 10 cattle futures contracts, normally a $12,000 investment, in her first commodity trade in 1978 although she had only $1,000 in her account at the time, according to trade records the White House released yesterday.

The computerized records of her trades, which the White House obtained from the Chicago Mercantile Exchange, show for the first time how she was able to turn her initial investment into $6,300 overnight. In about 10 months of trading, she made nearly $100,000, relying heavily on advice from her friend James B. Blair, an experienced futures trader.

In a 1998 article, Marshall Magazine, a publication of the Marshall School of Business, sought to frame the trading, the nature of the results, and possible explanations for them:

In a fall 1994 paper for the Journal of Economics and Finance, economists from the University of North Florida and Auburn University investigated the odds of gaining a hundred-fold return in the cattle futures market during the period in question. Using a model that was stated to give the hypothetical investor the benefit of the doubt, they concluded that the odds of such a return happening were at best 1 in 31 trillion

Maybe if Hillary does not win the White House, she can join Dennis Gartman’s newsletter.