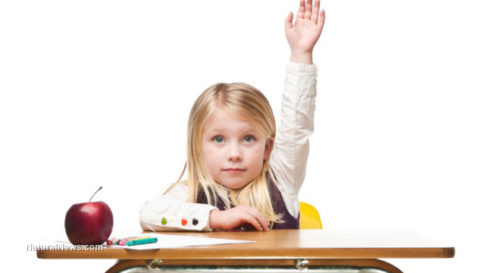 The test given to high school students is rife with factual errors and gross omissions, such as claiming that polio infection rates “dropped by 99% when vaccine was introduced in 1955.” Children are not taught that polio vaccines cause paralysis and that the official rates of polio dropped largely because government officials altered the definition of “polio” to create the illusion that the vaccines were working better than they actually were.

The polio story is a haunting one: long, complicated, and ugly. It’s not a story you will have read or that the medical profession will be able to tell. Beyond the smoke and mirrors lie sketchy statistics, renaming of diseases, and vaccine-induced paralytic polio caused by both the Salk and the Sabin vaccines. Dr. Albert Sabin’s oral polio vaccine (OPV) continues to cause paralysis in vaccine recipients today.”

Nor are children taught that even the CDC openly admitted that 98 million Americans were injected with cancer viruses found to have contaminated polio vaccines. The CDC was so alarmed that people remembered this, they scrubbed the entire history of the event from their website. (What’s a little revisionist history when it comes to protecting vaccine mythology?)

Children are also not taught that vaccines still contain mercury, formaldehyde, aluminum and MSG, all known neurotoxins with devastating effects on the brains of some children. Nor are these students told that flu shots given to children in California contain 25,000 times more mercury than the EPA legal limit of mercury in drinking water.

Polio vaccines are the leading cause of polio paralysis

Polio vaccines, we now know, are the No. 1 leading cause of polio paralysis. Polio infections are rarely fatal even when they occur, and polio can best be prevented by improving public sanitation. As explained by Sayer Ji from Green Med Info:

In most people with a healthy immune system, a poliovirus infection does not even generate symptoms. Only rarely does the infection produce minor symptoms, e.g. sore throat, fever, gastrointestinal disturbances, and influenza-like illness. In only 3% of infections does virus gain entry to the central nervous system, and then, in only 1-5 in 1000 cases does the infection progress to paralytic disease.

Due to the fact that polio spreads through the fecal-oral route (i.e. the virus is transmitted from the stool of an infected person to the mouth of another person through a contaminated object, e.g. utensil) focusing on hygiene, sanitation and proper nutrition (to support innate immunity) is a logical way to prevent transmission in the first place, as well as reducing morbidity associated with an infection when it does occur.

The high school vaccine propaganda test, shown below, demands that children declare their obedience to the debunked idea of “herd immunity,” a fictional, fairy tale narrative pushed by the vaccine industry to cast shame and blame upon non-vaccinated children. Even according to the vaccine industry and its intellectually dishonest proponents, vaccines are so bad at conveying immunity against infectious disease that even children who have already been vaccinated are at grave risk of being infected by non-vaccinated children.

These scientific facts are never taught to children during vaccine indoctrination programming in public schools. Instead, children are ridiculously taught that vaccines only save lives and never harm them. They’re taught that vaccines are based on “science” and therefore anyone who questions the outrageous claims of safety and efficacy of vaccines must be “anti-science.” And of course they’re never taught that the sharp reduction in infant mortality from 1850 – 2000 owed credit almost entirely to improvements in public sanitation, running water and soap.

Check out the Redondo Beach Union High School vaccine propaganda test at this link (PDF). Here’s a shot of the first page: 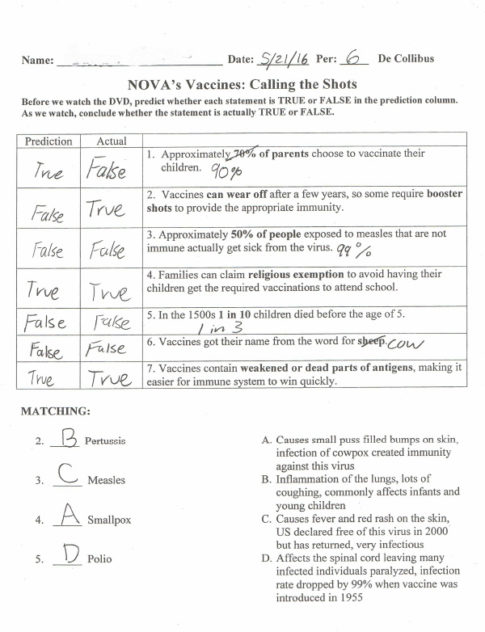 Sources for this article include:
http://www.dissolvingillusions.com/chapters/…