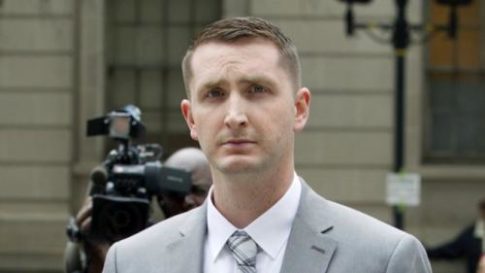 Baltimore police officer Edward Nero was acquitted on moments ago of all charges in the 2015 death of black detainee Freddie Gray, an incident that triggered rioting and protests and fueled the Black Lives Matter movement.

According to Reuters, Judge Barry Williams, who heard the case in a bench trial, handed down the verdict in Baltimore City Circuit Court. Nero, 30, had faced misdemeanor charges of second-degree assault, reckless endangerment and two counts of misconduct in office. Nero was the second officer to be tried in Gray’s April 2015 death.

Nero had been charged with arresting Gray, 25, without justification and failing to secure him in a police van, where he suffered a fatal spine injury. Gray’s death a week after his arrest sparked rioting and protests in the majority black city of 620,000 people. It is one of the incidents that helped stoke the Black Lives Matter movement.

Nero is among six officers charged in Gray’s death. The trial of the first officer to be tried, William Porter, ended in a hung jury in December.

Following the massive protests and unrest in Baltimore that followed the death of Freddie Gray, it remains to be seen if Nero’s acquittal will result in comparable violence in Baltimore or other cities across the country.