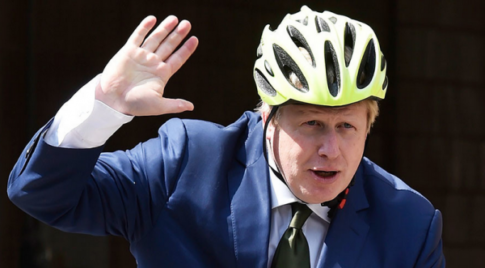 After Turkish President Recep Erdogan pressured Angela Merkel to cave and allow charges to be brought against German comedian Jan Böhmermann for being mean to him in a video poem, the Spectator decided to hold a contest to see who could come up with the most offensive poem against Erdogan.

It turns out that the winner of the competition is none other than former London Mayor Boris Johnson, who will be awarded £1,000 for his efforts.

Journalist Douglas Murray, the man who came up with the idea, wrote that he is glad that a British political leader has shown that in Britain at least, no foreign potentate is needed to tell anyone what they may think or say. And of course the obligatory shots at Merkel’s handling of the situation is addressed as well.

For myself, I think it a wonderful thing that a British political leader has shown that Britain will not bow before the putative Caliph in Ankara. Erdogan may imprison his opponents in Turkey. Chancellor Merkel may imprison Erdogan’s critics in Germany. But in Britain we still live and breathe free. We need no foreign potentate to tell us what we may think or say. And we need no judge (especially no German judge) to instruct us over what we may find funny.

Without further ado, here is the winning poem:

There was a young fellow from Ankara

Who was a terrific wankerer

Till he sowed his wild oats

With the help of a goat

But he didn’t even stop to thankera.

Imagine how many criminal complaints Erdogan has filed with the UK government since learning of this contest, and especially after reading the winning poem…