“How do these people hold office?
The shuttle was decrepit, the only alternative was a rocket, but due to lack of research & investment by the Bush & Obama regimes, the Russians had developed a reliable & competitive engine, the use of which was of benefit to the US Space Program.
How easy is it for procrastinating American bureaucrats to shoot themselves in the foot?” 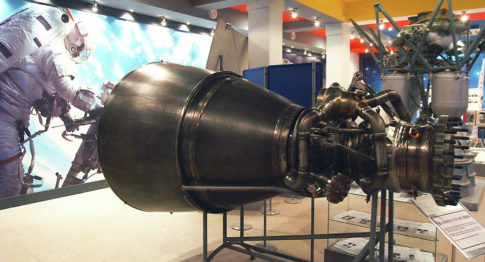 The Pentagon saying “no” to the further use of Russian RD-180 rocket engines may damage “the financial viability” of NASA projects, according to the Wall Street Journal’s Andy Pasztor.

If the Pentagon decides against using Russian-made RD-180 rocket engines, it will “potentially threaten the financial viability” of a whole array of NASA projects, the Wall Street Journal’s Andy Pasztor said, referring to “some aerospace-industry officials.”He recalled that ongoing disputes in the US Congress on the feasibility of using the RD-180 engines for “the military’s workhorse Atlas V” have already ridden roughshod over United Launch Alliance, the joint venture between Boeing Co. and Lockheed Martin Corp. “that is the Pentagon’s primary launch provider.”

In this vein, Pasztor quoted the officials as saying that currently, the fallout could undermine NASA’s plans to “rely on the same boosters” to deliver astronauts and cargo to the International Space Station over the next ten years.

“If access to such Russian-built technology is cut off for Pentagon missions, the annual number of Atlas V launches would drop sharply. That, in turn, is likely to raise the price of remaining NASA missions because massive overhead costs would have to be spread across fewer launches,” Pasztor said.

Some representatives of the aerospace industry predict, in turn, that as a result, the cost of launches could increase by hundreds of millions of dollars in the coming years, he added.Pasztor also said that the anticipated cost increases “could pose major challenges for other top-priority NASA programs”, including unmanned missions by Sierra Nevada Corp., “chosen by NASA to transport cargo to the space station by launching its winged vehicle on Atlas V rockets.”

“Concerns about the availability of the Atlas V have prompted Sierra Nevada to engage in talks about possibly turning to Russian or European rockets as replacements, according to two industry officials,” he pointed out.

In 2014, the US Congress passed a law demanding the United States phase out its reliance on the Russian-made RD-180 rocket engines.

However, in the two years since its purchasing ban on the RD-180 engines, Congress has been forced to lift the moratorium to ensure the United States has access to space.

In mid-March 2016, US Defense Secretary Ashton Carter said that his country should use the RD-180 engines to launch national security payloads into outer space because it is the most cost-effective alternative.

Speaking at a press conference in May, US Senate Armed Forces Committee Chairman John McCain said, for his part, that Washington plans to manufacture its own rocket launcher engine in order to replace the RD-180 engines by 2017.

He concluded that the US cannot and must not be dependent on the Russian rocket engines, and Space X should proceed full speed ahead in producing the new rocket. The US government has sought to license the US company Space X to be an alternative provider of national security payload launches.

Loren B. Thompson and Constance Baroudos of the Lexington Institute pointed out, in turn, that whether John McCain likes it or not, Washington is unlikely to ban Russian RD-180 rocket engines anytime soon, citing at least four reasons.First, if the Pentagon abandons the RD-180 engines the cost of launching key satellites will skyrocket. Second, the much praised SpaceX rockets, which were recently certified for military launches, “can’t reach four of the eight critical military orbits.”

Third, by banning the Russian RD-180 engines “too soon” Washington will shoot itself in the foot. And fourth, much to the Pentagon’s regret “rockets don’t grow on trees, they take time to build.”