First it was the IRS, which several years ago launched countless headlines, and much laughter, when it announced the emails of Lois Lerner targeting conservatives had magically disappeared. Then, as we observed last week (again with great amusement), the State Department couldn’t seem to find any of the email correspondence to or from Hillary Clinton’s IT aide Bryan Pagliano during the time Hillary was there. Now it is none other than the CIA’s Office of Inspector General that is having an issue with its handling of documents. 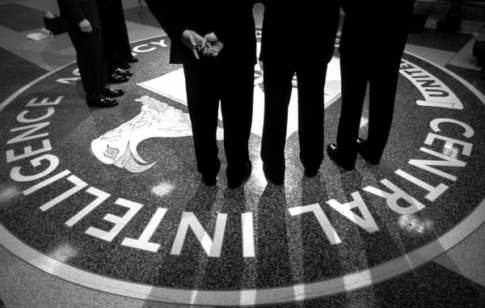 According to The Hill, the CIA’s inspector general has accidentally deleted its only copy of a 6,700 page classified Senate report detailing the agency’s history of brutal interrogation techniques.

Although the full torture report has never been released to the public, the Senate did release a 500-page executive summary in 2014. The report detailed the CIA’s use of so-called “enhanced interrogation” techniques, including waterboarding, sleep deprivation, and more, sparking an outcry from a number of human rights groups.

Acting inspector general Christopher Sharpley uploaded the report to the office’s internal computer network and then destroyed the hard disk, apparently following standard protocol, the news outlet reported. Then, someone else in the watchdog’s office reportedly misinterpreted instructions from the Justice Department not to open the file and deleted it from the server.

The CIA, in which the inspector general’s office sits, retains a copy of the full report, and is waiting for the conclusion of a legal battle over the document.

Still, the episode is a humiliating one for the CIA inspector general and has inflamed human rights advocates hoping to make the report public.

Cori Crider, a director with the international rights group Reprieve, called it “stunning,” and suggested that it is part of a broader effort to erase the practices from history.

“One worries that no one is minding the store,” Crider said in a statement.

The Senate report on so-called enhanced interrogation techniques, such as waterboarding and sleep deprivation, has been at the center of a years-long battle on the Intelligence Committee.

What makes the event even more suspicious is that in early 2015, the Justice Department ordered federal agencies not to open the file because doing so would make it subject to the Freedom of Information Act (FOIA). Consequently, last week, a federal appeals court declined to release the report under FOIA because it is considered a congressional document.

Nevertheless, an employee at the CIA inspector general’s office reportedly believed that the Justice Department’s order not to open the file meant that it should be removed, and then deleted it. This left the office without the disk or the network copy.

“It’s breathtaking that this could have happened, especially in the inspector general’s office — they’re the ones that are supposed to be providing accountability within the agency itself,” said Douglas Cox, a City University of New York School of Law professor, to Yahoo News, which first reported the deletion. “It makes you wonder what was going on over there?”

Not really: it’s pretty clear “what was going on over there.”

The report is the subject of an intense effort by civil liberties advocates who are working to have the documents released under the Freedom of Information Act. As the legal battle continues, the Justice Department had told agencies not to open the file, as doing so would open it up to the scope of the Freedom of Information Act. As long as the report is kept under the control of Congress, it is not subject to FOIA according to The Hill.

Senator Dianne Feinstein, who is the driving force behind the 2014 report, sent letters to the CIA and Justice Department on Friday confirming that the CIA’s inspector general “has misplaced and/or accidentally destroyed” its copy of the report. “Your prompt response will allay my concern that this was more than an accident. The CIA IG should have a copy of the full study because the report includes extensive information directly relating to the IG’s ongoing oversight of the CIA” Feinstein wrote in the letter.

Well, naturally it was more than an accident. Just as the state department’s “loss” of Hillary’s emails, just as Lois Lerner’s “missing” emails. And it happens virtually every day now, and not from anyone else but from the “most transparent administration ever”, one with the “toughest ethics laws and toughest transparency rules of any administration in history.”

Of course, if anyone dares to actually connect the dots on such activities that have traditionally been the domain of banana republics, communist dictatorships, and other failed states, one would be immediately accused of peddling fiction or at least branded a KGB spy. Then again, if the sheepified population of such a country allows events like these to take place without demanding change – or at least an answer – from the very top, thin this kind of treatment by its elected rulers is precisely what it deserves.