– “What Is Worrisome Is The Increasing Scale Of Violence” – Anti-Immigrant Rhetoric Turns To Arson In Germany:

By now everyone is well aware that the sentiment in Germany is beginning to take on a very anti-immigrant (specifically Muslim immigrant) tone. Not only is sentiment shifting, but now violent actions are being put behind the ever growing contempt for immigrants within Germany as well.

As The Local reports, there has been a dramatic increase in the number of arson fires at refugee shelters throughout the country.

“This year, there have already been 45 arson fires,” said Holger Muench, head of the federal criminal police (BKA).

“What is particularly worrisome is the increasing scale of the violence,” he said in an interview with the Funke newspaper group.

In 2015, when Germany opened its doors to 1.1 million migrants mostly from war-torn Syria, 92 arson fires at centres for asylum seekers were reported, compared with only six in 2014, according to BKA statistics published in late January.

Mr Muench said he did not have any knowledge of large-scale far-right groups being behind the fires, adding the majority were set by men from the areas near the torched shelters.

The BKA head however said he was worried about the rising hate speech on the Internet against refugees which could be a trigger for arson. 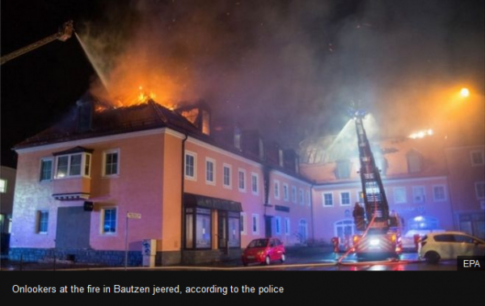 Several major German media including the online edition of Spiegel magazine have closed down their forums discussing topics related to the influx of refugees due to the flood of insults posted.

The mass influx of migrants last year sparked a backlash in Germany, including the rise of the xenophobic and anti-Islamic Pegida movement, which bitterly opposed Chancellor Angela Merkel’s liberal migration policy.

This year Germany has seen a sharp drop in arrivals of new refugees since it reintroduced temporary border controls and took other steps to reduce numbers. 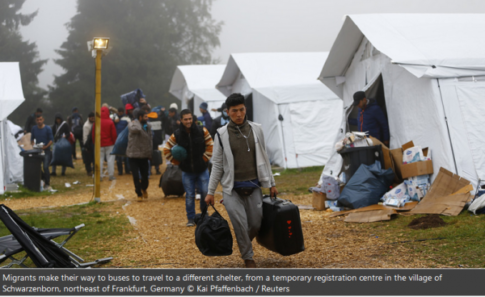 The EU has also since agreed on a controversial pact with Turkey to stop refugees crossing by boat to Greece.

Under the deal, Turkey has agreed to take back migrants who arrived in Greece after March 20th.

Unfortunately, the refugee crisis is not something that will be going away anytime soon, and the political chaos that is taking place within Germany will undoubtedly continue to become more and more intense as time goes on. The situation will certainly not be helped by the fact that Germany announced that it will be spending nearly €100 billion on the refugee crisis, something that most assuredly will – pardon the pun – continue to add fuel to the fire.