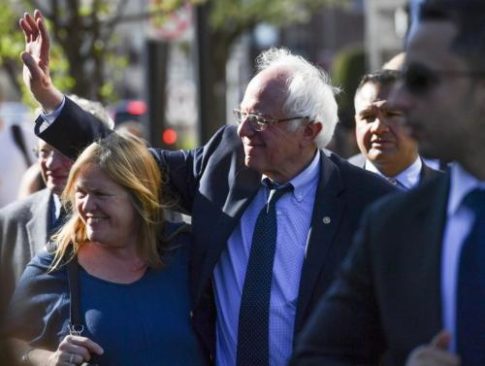 In what may or may not be a harbinger of things to come should Bernie Sanders become president, earlier today Burlington College, a small Vermont private school once led by the wife of Democratic presidential candidate Bernie Sanders, said Monday it will close later this month, citing “the crushing weight” of debt incurred during the presidency of Jane Sanders who was in charge of the college until 2011.

According to WaPo, the college which enrolled 224 students as of fall 2014, said it faced financial troubles connected to its 2010 purchase of 32 acres of lakefront property from the Archdiocese of Burlington, according to the Burlington Free Press. The college said it had sold property to reduce its debt to a manageable level, but it was placed on probation in 2014 by its accrediting agency and it faced cash flow problems due to the imminent loss of a line of credit. 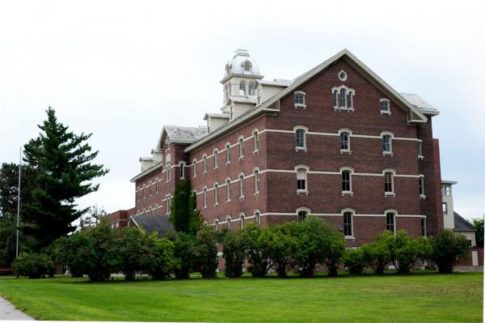 The reason for the small liberal school’s terminal financial trouble is that to fund the property purchase from the Catholic diocese, Sanders took out $10 million in loans.  As HeatStreet reported last month, the college almost immediately fell short on its financial obligations as fundraising pledges and commitments Ms. Sanders cited in the loan agreements never materialized. Less than a year after leading Burlington College into massive debt, Ms. Sanders resigned, taking with her a $200,000 severance package. By 2014, because of its shaky finances and running deficits, Burlington College found itself placed on probation for two years by the regional accreditation agency.

Jane Sanders was president of the college from 2004 to 2011. Her husband, Bernie Sanders (I-Vt.), a former mayor of Burlington, served in the U.S. House of Representatives from 1991 to 2007 and since then has represented Vermont in the U.S. Senate. He is now competing with Hillary Clinton for the Democratic presidential nomination.

Jane Sanders stepped down in 2011 amid a dispute with the college’s board. After her husband launched his presidential campaign, news stories emerged that scrutinized her role in a loan application for the lakefront ­real-estate purchase. Jane Sanders has dismissed those stories as politically motivated and said the issue was not a factor in her departure from the college.

A Burlington College news release issued this morning called these financial hurdles insurmountable at this time. “We anticipate notice from [the regional accreditation agency] that we have not met the Commission’s financial standard,” the news release said, “and, therefore, our accreditation will be lifted as of January 2017, and the College will not be able to award academic credit after this time.”

The school’s website describes the college as “a small, creative, private liberal arts institution located in Burlington, Vermont on the shore of Lake Champlain. The College has been recognized as having the most free-spirited students in one of the healthiest states in the country.”

The college started in 1972, according to its website, “as a tiny, close-knit group of students meeting in the living room of our founder, Dr. Steward LaCasce. Dr. LaCasce’s approach to learning attracted a non-mainstream college population — returning Vietnam War veterans, single parents with dependent children, and others seeking alternative higher education opportunities. “Known then as the Vermont Institute of Community Involvement, the school was dedicated to integrating learning, personal development, and engagement in the community into a comprehensive educational experience.”

The college ended overindebted and in financial ruin, similiar to the fate of a Latin American failed “socialist paradise”, currently in the news on a daily basis.

Where things could get tricky for Bernis is that as HeatStreet adds, Catholic parishioners in Vermont have called for an investigation into whether Ms. Sanders committed federal bank fraud by deliberately misrepresenting the amount that the college had secured in fundraising pledges as she sought financing for the land purchase.

As Ms. Sanders pursued financing for the land acquisition, she repeatedly said that Burlington College had received more than $2 million in fundraising commitments and pledges, according to numerous records. But in fiscal year 2011, Burlington College raised only $279,000,—though the college had earlier claimed to have secured $1.2 million in confirmed pledges.

In January, Vermont lawyer Brady Toensing, who is also vice chair of the Vermont Republican Party, wrote a letter on behalf of Catholic parishioners to the U.S. attorney in Vermont, as well as the inspector general of the Federal Deposit Insurance Corporation, seeking a probe into whether Ms. Sanders fraudulently secured the loans.

The U.S. attorney, Eric Miller, confirmed that he had received the parishioners’ letter but could not comment on the status of any investigation.

Below is the full text of the closure announcement, as reported by the Chronicle of Higher Education:

In recent years, Burlington College has struggled under the crushing weight of the debt incurred by the purchase of the Archdiocese property on North Avenue. Through sales of property, the College has worked to reduce this debt to a manageable level.

Since July 2014, The College has been on probation with its accrediting agency, The New England Association of Schools and Colleges (NEASC) due to not meeting its financial resources standard. The Federal Department of Education allows a college only two years of probation. Hence, we anticipate notice from NEASC that we have not met the Commission’s financial standard, and, therefore, our accreditation will be lifted as of January 2017, and the College will not be able to award academic credit after this time.

These hurdles are insurmountable at this time.

On May 13, 2016, the Burlington College Board of Trustees decided to close the College’s programs effective May 27, 2016.

The higher education community has extended their support to the College and all of our current students will be able to continue their education at a neighboring college and graduate as scheduled. Newly deposited students for fall 2016 will also be welcomed by colleges within Vermont, of their choosing.

It is with a great sense of loss to the educational community that Burlington College’s progressive and unique educational model will no longer be available to students.