– “Markets Have No Purpose Any More” Mark Spitznagel Warns “Biggest Collapse In History” Is Inevitable:

After making over $1 billion in one day last August, and warning that “the markets are overvalued to the tune of 50%,” Mark Spitznagel knows a thing or two about managing tail risk. 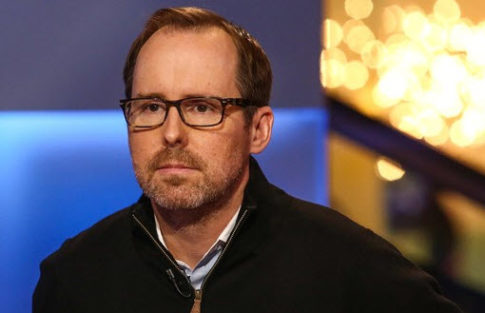 The outspoken practitioner of Austrian economic philosophy tells The FT, “Markets don’t have a purpose any more – they just reflect whatever central planners want them to,” confirming his fund-management partner, Nassim Taleb’s perspective that “being protected from fragility in the financial system is a necessity rather than an option.”

“This is the greatest monetary experiment in history. Why wouldn’t it lead to the biggest collapse? My strategy doesn’t require that I’m right about the likelihood of that scenario. Logic dictates to me that it’s inevitable.”

While some money managers are critical of a strategy that “sells fear,”The FT reports there are others who share Mr Spitznagel’s views that another reckoning is imminent.

Among those who share his worldview is former US presidential candidate, Senator Rand Paul, and his father Ron Paul.

The elder Paul wrote the introduction to Mr Spitznagel’s 2013 book, The Dao of Capital. “As one of the leading voices in the country on economic policy, Mark has been a key friend and ally, and I’m thankful for his always-ready advice,” Senator Paul told the FT. But most investors will be praying he is wrong.

Universa started in January 2007 after its success during the financial crisis, when it reportedly gained about 100 per cent. The firm now protects about $6bn of investor money, backed by about $200m-$300m of capital (the firm declined to say exactly how much because of regulatory issues). Fees are paid on the nominal amount insured against calamity, rather than the capital invested.

One of Universa’s claims to fame is its relationship with Nassim Taleb. This is Mr Taleb and Mr Spitznagel’s second endeavour together.

“Mark and I have been studying extreme events and protecting portfolios from them together since the 90s,” Mr Taleb told the FT.

“People are finally discovering that being protected from fragility in the financial system is a necessity rather than an option.”

The libertarian hedge fund manager sees a close similarity between what he is trying to achieve at Idyll Farms — which he built in 2010 with winnings from the financial crisis — and his investment strategy and deeply-held Austrian economic philosophy.

“It’s all about sustainable use of resources. Modern farming has completely broken down the traditional system of agriculture. It’s become a machine. We’ve manipulated away its natural productivity and robustness, just like what we’ve done with markets,” he says.

“Markets don’t have a purpose any more — they just reflect whatever central planners want them to.”