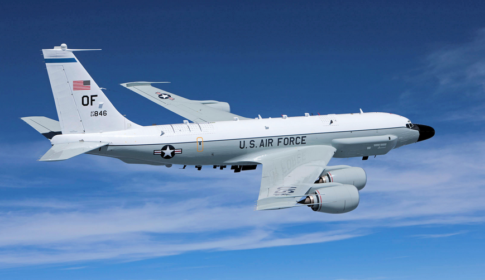 Here we go again. After all of the incidents that have taken place over the last few months between the U.S. and Russia, capped by NATO moving 4,000 troops to the Russian border, one would assume that the antagonizing would stop, at least for the time being.

Then again, the U.S. will do whatever it pleases.

As Sputnik reports, yet another U.S. surveillance plane flew close to the Russian border earlier today, although as of right now it is not clear if it was again intercepted by a Russian flanker.

At least this time it appears that the reconnaissance plane had its transponder on, which Russia had in no uncertain terms suggested takes place if the U.S. plans to continue to fly near its borders.

What the end game is regarding all of this isn’t exactly clear, but one thing is certain, and that is the US continues to agitate Russia on purpose, something we touched upon last week when we noted that Russia has gone so far as to warn of a “nuclear war” in response to the US launch of an ICBM-missile defense shield which was finally activated in Romania after many years of delays this past week.