“You can hear the ice cracking. You know there’s a crisis coming… If you obstruct the democratic way, we do not know what could happen in this country. Venezuela is a bomb that could explode at any moment.”

As Venezuela gives the world a first hand look at how socialism ends, the U.S. is growing more and more concerned about how everything is going to play out once the meltdown is complete.

The concern of course is valid, as at this point, the immediate future looks quite grim. Looters have taken to the streets, clearing supermarket shelves of all available food as the country begins to starve, and in order to try and preserve the what little time he has left, president Maduro recently declared a 60-day state of emergency.

According to Reuters, senior U.S. officials doubt that President Maduro will be able to complete his term, which ends after elections in late 2018. As the U.S. kicks around possible scenarios for how this will all end, from a referendum vote to military coup, one thing is becoming more and more certain: “You know there’s a crisis coming.”

The United States is increasingly concerned about the potential for an economic and political meltdown in Venezuela, spurred by fears of a debt default, growing street protests and deterioration of its oil sector, U.S. intelligence officials said on Friday.

In a bleak assessment of Venezuela’s worsening crisis, the senior officials expressed doubt that unpopular leftist President Nicolas Maduro would allow a recall referendum this year, despite opposition-led protests demanding a vote to decide whether he stays in office.

But the two officials, briefing a small group of reporters in Washington, predicted that Maduro, who heads Latin America’s most ardently anti-U.S. government and a major U.S. oil supplier, was not likely to be able to complete his term, which is due to end after elections in late 2018.

They said one “plausible” scenario would be that Maduro’s own party or powerful political figures would force him out and would not rule out the possibility of a military coup. Still, they said there was no evidence of any active plotting or that he had lost support from the country’s generals.

The officials appeared to acknowledge that Washington has little leverage in how the situation unfolds in Venezuela, where any U.S. role draws government accusations of U.S.-aided conspiracies. Instead, the administration of President Barack Obama wants “regional” efforts to help keep the country from sliding into chaos.

“You can hear the ice cracking. You know there’s a crisis coming,” one U.S. official said. “Our pressure on this isn’t going to resolve this issue.”

A crisis isn’t “coming”, to be clear it has already arrived. Following the state of emergency, which extended a decree granting Maduro extended powers to act in the face of a deep economic crisis, the president threatened to take over idle factories and jail their owners who are trying to “sabotage the country” by halting production. Of course, “sabotage” may be the wrong word to use. Last month, Empresas Polar, the country’s largest food and beverage distributor, shut down its last beer plant due to its inability to access dollars needed to pay foreign suppliers. Perhaps Maduro forgot that the currency exchange process is controlled by the government.

Further evidence of deterioration comes from the fact that Caracas is filled with both pro-government and anti-government crowds arguing back and forth whether or not the 1.8 million signatures collected in favor of a referendum are valid enough to move forward with.

“If you obstruct the democratic way, we do not know what could happen in this country. Venezuela is a bomb that could explode at any moment.” Said opposition leader Henrique Capriles. 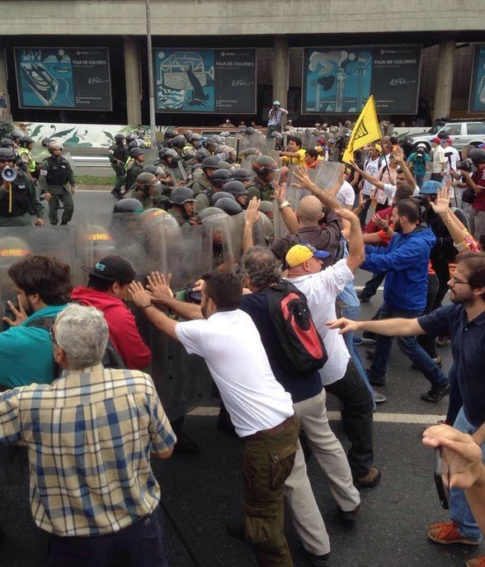 On the other side of things, Maduro ally Jorge Rodriguez claims there will be no recall referendum, as “they got signatures from dead people, minors and undocumented workers.” 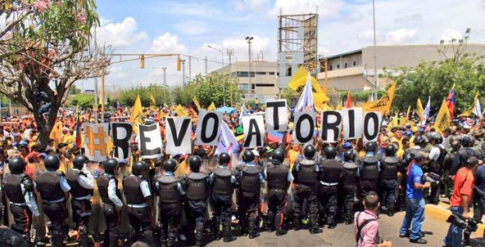 As the crisis deepens, the protests and violent clashes will intesify. To survive, Maduro is taking the only path available right now, which is to grab as much power as possible and try to hang on until the bitter end.

No more fear. Thousands protest in streets of Venezuela against dictatorship. #SOSVenezuelapic.twitter.com/MqM6cdbi9l

As an added bonus for readers, we remind everyone that the world’s favorite banker stepped up back in 2014 to become Venezuela’s loan shark as the country was on its way to liquidating whatever assets it could in order to generate cash flow. At that time, Goldman Sachs purchased $4bn worth of oil debt (for 41% of its value) from Venezuela that was owed by the Dominican Republic in the ultimate example of factoring. We find ourselves wondering just what else Goldman managed to get themselves into prior to Venezuela’s complete implosion. 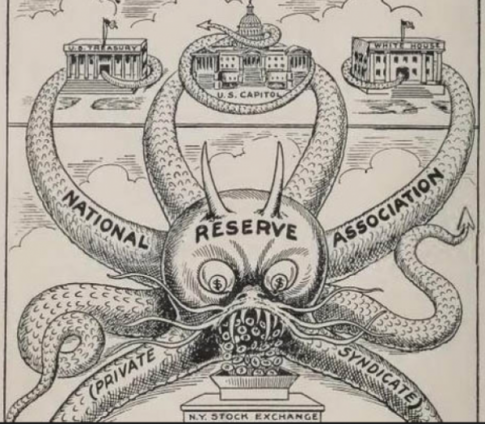