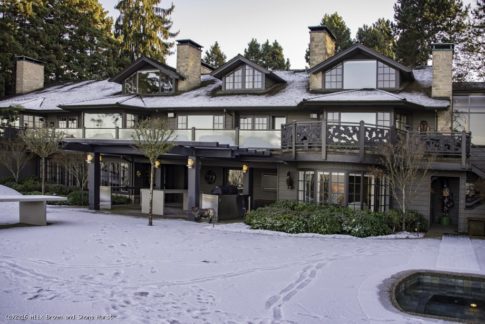 Everybody loves a good Vancouver real estate horror story. Here is a great one.

In the endless series of reports about wealthy Chinese oligarchs, billionaires, money launderers, or mere criminals, never have we encountered anything quite like this yet, because according to The Province, the majority owner of this Point Grey mansion located at 4833 Belmont Avenue and which was recently ranked 16th among the most expensive homes in Vancouver, was sold earlier this year by Canaccord founder Peter Brown for a record $31.1 million is a “student,” property records show. A Chinese “student”… of course. 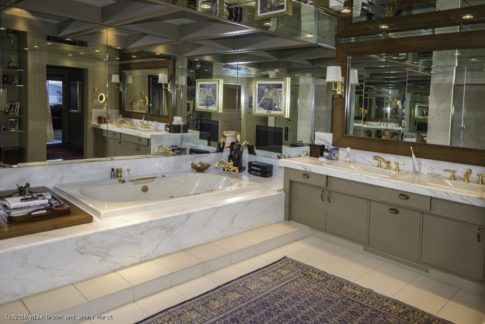 Land title documents list Tian Yu Zhou as having a 99-per-cent interest in the five-bedroom, eight-bathroom, 14,600 square-foot mansion on a 1.7-acre lot at 4833 Belmont Ave. Zhou’s occupation is listed as a “student.”

The other owner of the property, which boasts sweeping views of the North Shore mountains and Vancouver, is listed as Cuie Feng, a “businesswoman.” Feng has a one-per-cent interest in the property, which was assessed this year as having a total value of about $25.6 million, records show.

Efforts to reach Zhou and Feng through the lawyer listed on the land title documents were not successful, and realtor Cherry Xu, who reportedly served as the buyer’s agent, did not want to comment on the sale, citing privacy considerations.

As the Province amusingly puts it, NDP housing critic David Eby said the fact that a student was able to buy one of the most expensive homes in the city contradicts the government’s messaging that “everything is under control in the Vancouver real estate market.”

Eby said it also links to a theme uncovered in a 2015 study by Andy Yan, an adjunct professor at the University of B.C., which found homemakers and, to a lesser extent, students, are often the listed occupations of the owners of many newly purchased multi-million dollar Vancouver properties.

We can only hope he was being serious: that would make his statement all the more fun.

Mortgage documents attached to the land title papers show that a mortgage of $9.9 million was taken out by Zhou and Feng from the Canadian Imperial Bank of Commerce on April 28. The bi-weekly payments are listed as $17,079.41.

Now this may be a first: traditionally Chinese kleptocrats pay all cash – what is the point of taking out a mortgage when the whole purpose of buying ridiculously overpriced real estate is to park hot or stolen cash. We will have to mull this one over.

Where The Province article gets interesting is where Eby suggests that the government’s messaging and slow response to the housing crisis in Metro Vancouver could be because party donors, like Brown, are directly benefiting from the red-hot market.

According to financial records, Brown has donated $62,500 to the B.C. Liberal Party in the past two years, and Eby further noted that Brown is a longtime Liberal fundraiser.

“I think we shouldn’t underestimate the connection between the government saying there is no issue with the real estate market in Vancouver at the same time one of their major fundraisers is selling his home to a student for $31 million and significantly over the assessed value,” said Eby. “The government’s donors are directly profiting from this crazy real estate market while a lot of hard-working families are suffering.”

While the government has been cautious in its approach to tackling the housing issue in Metro Vancouver, saying more data needs to be compiled, some action has been taken.

“I always think more information is better in helping us understand that nature of what’s happening out there, rather than less,” Premier Christy Clark said Wednesday.

“Let’s find out how many homes are being purchased in the market by people who aren’t residents of Canada, whoever they may be in the world. I think that information will help us come up with the right solutions.”

Earlier this week, the government introduced regulations to clamp down on unethical real estate practices, including the legal use of assignment clauses to crank up the final sale price of a property, a practice known as shadow flipping.

The government also said it will introduce amendments to the property transfer tax forms that will require, as of June 10, buyers of B.C. real estate to include their principal address and whether they are Canadian citizens or permanent residents.

We are confident absolutely nothing will change and as more Chinese are desperate to park their cash in Canada, soon stories such as this one will become an (even more) everyday occurence.