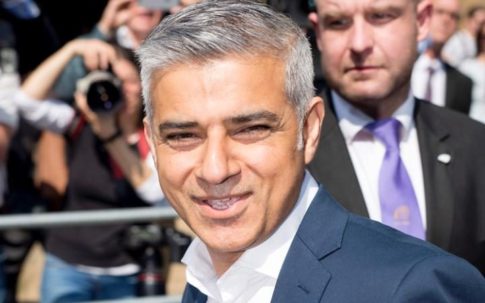 Khan pressed on saying “Donald Trump and those around him think that Western liberal values are incompatible with mainstream Islam – London has proved him wrong.” We are confident that Trump would also agree, however the Donald has never said he is focused on “mainstream Islam”, only its radical fringes, and those as Europe has found out the hard way over the past year, are very difficult to isolate.

The reason for the tension between the two figures is that Trump has vowed a “total and complete” temporary shutdown of America’s borders to Muslims following last December’s deadly attack in San Bernardino by a husband and wife team who had Islamic State connections. When asked by the New York Times how his proposed ban on Muslims would apply to Mr Khan, Trump said: “There will always be exceptions.”

Despite his outspoken views on Muslims, Trump insisted he was pleased to see Mr Khan elected as the capital’s first Muslim mayor. “I was happy to see that. I think it’s a very good thing, and I hope he does a very good job because, frankly, that would be very, very good.”

Sadiq, however, has refused to back down and earlier today he told CNN’s Christiane Amanpour that he hopes Donald Trump does not win the U.S. presidential election.

Speaking Wednesday in London, he said American voters faced a decision “of hope over fear, unity over division. A choice of somebody who is trying to divide, not just your communities in America but who is trying to divide America from the rest of the world. And I think that, you know, that’s not the America that I know and love.” He continued: “I’m hoping he’s not the guy that wins.”

He continued: “Imagine that America has a sign saying no Muslims: What message does that send to Muslims around the world?”

Well, ostensibly, one that the public wants to hear.

However, what is perhaps most surprising is that in response to Khan’s criticism, Trump appeared to subtly soften his tone on his proposed ban on foreign Muslims entering the United States Wednesday,  The planned ban, Trump said on Fox News Radio’s “Kilmeade and Friends,” is only “temporary” according to The Hill.

“It hasn’t been called for yet. Nobody’s done it,” the presumptive Republican nominee said. “This is just a suggestion until we find out what’s going on.”

Trump stood by his proposal, which has been criticized as potentially unconstitutional, as he has repeatedly since emerging as the presumptive GOP nominee last week.  “I assume he denies that there’s Islamic terrorism,” Trump responded on Wednesday. “I mean, if you look at this Islamic radical terrorism all over the world right now, it’s a disaster what’s going on. I assume he is denying that.”

Yet the slight softening could suggest a change in rhetoric following protracted criticism from Sadiq Khan, the new London mayor. Khan, who is Muslim, has launched perhaps the most direct attacks on Trump’s policies in recent days.

The question, then, is whether Trump’s shift in tone will be perceived as a backing off from a platform that has appealed to many Amerians, or if instead it will be seen as a modest centrist move by a candidate who is preparing to court a far broader cross-section of the US.