– Islamic State Buries Alive Dozens Of Its Own Soldiers To Stem Soaring Defections:

Things are deteriorating fast for the cash-strapped Islamic State.

One month ago we reported that as a result of the collapse of ISIS’ oil trade with Turkey following the relentless bombing of its oil extraction and transportation infrastructure mostly by Russian forces, the money inflows generated by the Islamic State have plunged. “In mid-2015, the Islamic State’s overall monthly revenue was around $80 million” said Ludovico Carlino, senior analyst at IHS, which issues regular reports on IS-controlled territory. Carlino added that “as of March 2016, the Islamic State’s monthly revenue dropped to $56 million.”

While the collapse in oil trading has been the primary reason for this cash crunch, another reason is that the territory held by the organization has been drastically reduced as a result of recent military losses. According to IHS the IS group had lost about 22 percent of its territory in the past 15 months and now ruled over six million instead of nine million people. 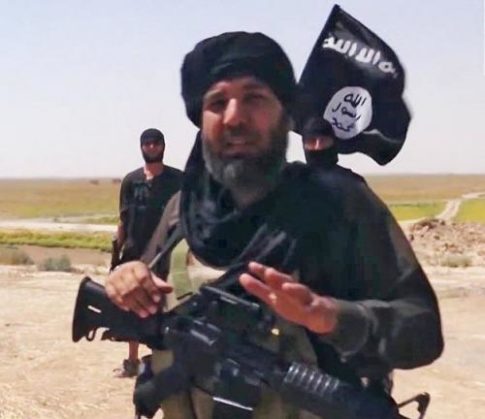 This led to several media reports that in order to boost cash, ISIS was killing its wounded fighters and selling their organs in the black market.

More troubling for the militant state, however, was the tide of war turning against ISIS. This, together with the increasingly bleak long-term “career prospects” for the ISIS faithful, has led to a spike in fighter defections which forced Islamic State authorities to take prompt measures to address the fallout and send an even stronger message to any future potential defectors.

One month ago, it did so in dramatic fashion by killing 45 of battlefield defectors in a gruesome way: by freezing them to death. According Iraqi media agency Al Sumaria News, the 45 defectors attempted to flee the battlefield during recent fights in Iraq. They accused deserters were executed by being locked in morgue freezers in Mosul for 24 hours, left for a slow, presumably agonizing death.  Their bodies were reportedly then stretched out along the sides of the road at city entrances to act as a warning to any other fighter who might have second thoughts. 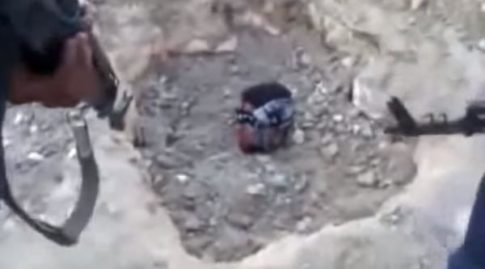 In retrospect this attempt to “build morale” appears to have failed, and defections have – predictably – accelerated. So to send an even stronger message, the Islamic State has reportedly buried alive dozens of its own militants, after the jihadists refused to fight and fled the battlefield in the face of the Iraqi government’s push to retake ground in northern province of Nineveh controlled by ISIS since 2014.

According to AhlulBayt News Agency (ABNA) some 35 fighters died after being buried alive, while Iraqi News reported that Islamic State buried 45 of its members alive on charges of fleeing the battlefield. The executions are said to have taken place on the outskirts of Qayyarah, about 35 miles (60 kilometers) south of the militant-held city of Mosul. According to reports, those who were buried alive were accused of fleeing clashes with government forces in the village of Bashir, just south of the oil-rich city of Kirkuk.

Another source confirmed the slaying to IraqiNews.com, saying that “ISIS had buried its members, who escaped from al-Bashir battles, inside one grave.”

When ISIS was pressed for time, it took more direct measures: according to Arabic language media, on Monday ISIS command also shot and killed dozens of its fighters in the village of al-Hadar south of Mosul – likewise for escaping from battle in Anbar province.

The Islamic State is best known in the west for its brutal approach when dealing with captives, subjecting them to horrific and elaborate execution methods, which it films them as part of its propaganda campaign; its methods have included drowning men in a cage in a swimming pool, strapping explosives to the heads of kneeling men connected by wires and burning hostages alive in cages. 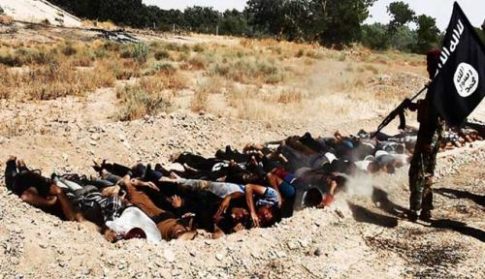 Perhaps in the best indication that the war against ISIS is now effectively over, the Islamic State, no matter how or why it was created, is increasingly turning on its own.