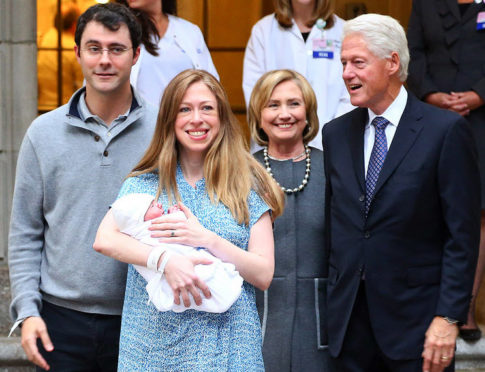 Despite having Goldman Sachs CEO Lloyd Blankfein as an investor and being Bill and Hillary Clinton’s son-in-law, Marc Mezvinsky (and two former colleagues from Goldman Sachs who manage Eaglevale Partners hedge fund) told investors in a letter last February they had been “incorrect” on Greece, generating staggering losses for the firm’s main Eaglevale Hellenic Opportunity, a/k/a the “Greek recovery” fund during most of its life. By ‘incorrect’ the Clinton heir apparent meant the $25 million Eaglevale Greek fund had lost a stunning 48% in 2014.

Which is not to say the larger fund it was part of is doing any better: as of last February, Eaglevale had spent 27 of its 34 months in operation below its high-water mark. We are confident that 13 months later the numbers are 40 out of 47, respectively.

In late 2011, Marc Mezvinsky co-founded New York-based, macro-focused hedge fund firm Eaglevale Partners with Bennett Grau and Mark Mallon, two Goldman Sachs Group proprietary traders whom he’d gotten to know when they all worked at the bank. Best known as the husband of Chelsea Clinton, Mezvinsky, 35, who has a BA in religious studies and philosophy from Stanford University and an MA in politics, philosophy and economics from the University of Oxford, has been quietly building his finance career. Before launching his own firm, the longtime Clinton family friend was a partner and global macro portfolio manager at New York- and Rio de Janeiro-based investment house 3G Capital. Eaglevale manages more than $400 million.

Alas, he was anything but, and instead of having a real grasp of macroeconomic events, or how to – you know – hedge, he decided to dump millions in Greece just before the country entered a death spiral that culminated with its third bailout, capital controls, insolvent banks and a terminally crippled economy.

Meanwhile, things went from terrible to abysmal for both the clueless hedge fund manager and his LPs, and as the NYT reports, Hillary Clinton’s son-in-law is finally shutting down the Greece-focused fund, after losing nearly 90% of its value.  Investors were told last month that Eaglevale Hellenic Opportunity would finally be put out of its misery and would shutter.

The closure comes as the worst possible time: we are confident that Donald Trump will be quick to work it into his political attack routine.

Mr. Chelsea Clinton and his partners began raising money in 2011 from investors for the firm’s flagship fund. Since then, that portfolio has posted uneven performance. A Stanford University graduate, Mr. Mezvinsky worked at Goldman for eight years before leaving to join a private equity firm. He left that job to form Eaglevale with two longtime Goldman partners, Bennett Grau and Mark Mallon. The hedge fund firm is named after a bridge in Central Park.

As noted above, some of the firm’s earliest investors were Goldman partners, including Lloyd C. Blankfein, Goldman’s chief executive officer, who let Eaglevale use his name in marketing the flagship fund. Ironically this is in addition to the hundreds of thousands of dollars that Goldman paid to Marc’s mother-in-law. One almost wonders who “benefits” Goldman was seeking to get out of this particular relationship.

But on a less sarcastic note, we agree with the NYT that it is not at all clear why Eaglevale waited until this year to close the Hellenic fund, which already had lost about 40% of its value by early last year.

Perhaps it was just hope that the Greek people would simply pick up and rebuild the devastated economy from scratch, ideally without getting paid (the word slavery comes to mind), thereby miraculously rescuing his investment. In letters to investors in 2014, Mezvinsky and his partners expressed confidence that Greece would soon be on the path to a “sustainable recovery.” But by the end of that year, Eaglevale’s leaders began to acknowledge that their perspective on the situation in Greece may have been wrong. The fund had earlier stopped taking in new money.

We will conclude by stealing the NYT’s tongue in cheek humor:

The one silver lining for the fund’s investors from all of this is that they will have a somewhat larger tax loss on investments to claim next year.

True: it’s all funny if one assumes that none of the people who were invested in Mezvinsky’s pet fund actually needed the cash (we doubt Blankfein will lose sleep over a few million). For all those others who actually did, the joke’s on them.