The situation in hyperinflating socialist paradise Venezuela just moved one step closer to chaotic totalitarianism. With President Maduro clinging to power (thanks to his military ‘assistance’) amid growing social unrest (1.8 million signatures gathered seeking a referendum to remove him), FoxNews Latino reports German Mavare, leader of the opposition UNT party, died Friday after being shot in the head, asassinated in the western state of Lara, according to his organisation. Maduro has appeared on State TV tying Mavare to “armed groups” and suggested that more right-wing politicians are potential targets.

In less than a week, more than 1.8 million people in Venezuela signed petitions seeking a referendum to remove President Nicolas Maduro from office. That’s nine times the required 200,000 signatures.

The opposition said in a statement they delivered the petitions in 80 sealed boxes early Monday morning without notifying the media to avoid potential clashes with Maduro’s supporters.

Ousting Maduro will not be an easy task despite his approval rating plummeting amid triple-digit inflation, widespread food shortages and near-daily power blackouts. Recent polls suggest two-thirds of Venezuelans want him out.

If the National Electoral Council verifies the signatures in the coming days, it would trigger a second petition drive during which 20 percent of the electorate, almost 4 million people, would have to sign before a referendum could be scheduled on removing Maduro before his term ends in 2019.

If a vote were held, the president would be removed only if the number of anti-Maduro votes exceeded the 7.6 million votes he received in the 2013 election. In December’s parliamentary elections, opposition candidates mustered only 7.7 million even though they won control of the legislature by a landslide.

“If the oligarchy were to do something against me and take this palace by one means or another, I order you, men and women of the working class, to declare yourselves in rebellion and undertake an indefinite strike.”

And now, it appears ‘someone’ has “rebelled”…Venezuelan politician German Mavare, leader of the opposition UNT party, died on Friday after being shot in the head, an assassination that occurred in the western state of Lara, his organization said.

“The board of the UNT expresses its deepest sorrow for the slaying of colleague German Mavare. We demand justice and an end to violence,” was the message posted on the Twitter account of the UNT party, headed by jailed ex-presidential candidate and former governor of Zulia state, Manuel Rosales. 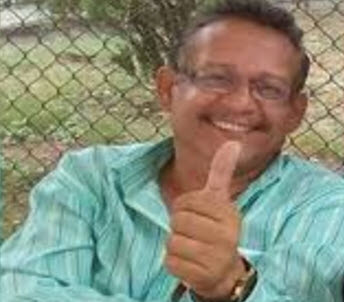 The mayor of Iribarren in Lara state, Alfredo Ramos, said on his Twitter account minutes after the incident occurred before dawn Friday: “German Mavare, of the popular urbanization of Carucieña, a tireless fighter for social causes, has just been hit by a bullet in the head.”

For his part, Luis Florido, an opposition lawmaker of the Voluntad Popular party, said on Twitter: “German Mavare died. A red bullet ended his life. Politics today is high risk. We demand an investigation of the case #NoMoreViolence #Lara”.

The authorities have not yet issued a statement about the matter. Bloomberg reports that Maduro, speaking on on state television, said:

“The people we captured are talking and more than one far right-wing politician is mentioned.”

“Authorities this week killed leaders of armed groups with ties to paramilitaries.”

In conclusion, things just went to 11 on the spinal tap amplifier of failed-state-ness, and we leave it to R. Evan Ellis to discuss what happens next,

The question for businessmen and governments with a stake in the deteriorating situation in Venezuela is no longer if the regime of Nicholas Maduro will come to a premature end, but under what circumstances.

This reality has little to do with the determination or sophistication of the Venezuelan opposition, nor of the resiliency of its almost completely compromised institutions. Rather, the Maduro regime has locked the country on a course of national self-destruction, responding to the deepening economic crisis with counterproductive, and simply bizarre measures, such as criminalizing the attempt of the market to respond to shortages, or reducing the federal work week, destroying the little productive capacity that remains in the country.

Similarly, in the face of the population’s demand for a change in course, evinced by the massive opposition victory in the December 2015 mid-term elections, Maduro’s intransigence increases the probability that the suffering and frustration of the Venezuelan people will eventually give rise to violence.