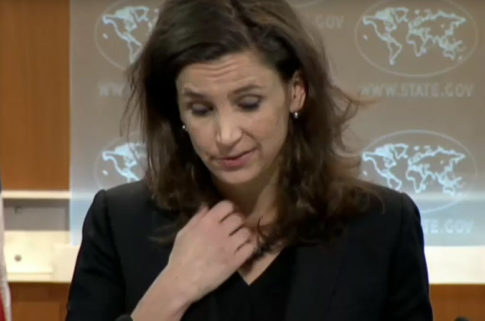 – State Department “Unable To Find” Hillary Emails To IT Aide, Apologizes For Incompetence:

To say the least, it’s going to be an interesting couple of months for Hillary Clinton. As the FBI probe into Clinton’s handling of classified information makes its way to Clinton herself, the Clinton camp will also need be focused on trying to stave off attacks by GOP presidential nominee Donald Trump.

More on the FBI probe in a moment, but first, one of the key areas that Trump will inevitably be focused on is trying to frame Hillary Clinton as just another typical insider who despite the rhetoric, is as cozy with Wall Street as any other bought and paid for politician. To that end, the Republicans are not letting go of the fact that Hillary has yet to release any transcripts of her speeches given to Wall Street. As The Hill reports, Republican operatives are scouring the country for transcripts, notes, or secret recordings of those Wall Street speeches that the Clinton camp refuses to discuss in any great detail – probably because Goldman Sachs alone paid Clinton $675,000 to speak. We’re going to go out on a limb here, but Clinton probably was not brought in to speak multiple times by Wall Street firms just so they could hear how bad they were, which is precisely why the GOP wants to get its hands on anything they can related to those speeches (recall: The Real Reason Hillary Clinton Refuses To Release Her Wall Street Transcripts).

Ian Prior, communications director for Republican group American Crossroads, said that information on the Goldman speeches would prove cataclysmic for the Democratic party. “Just mail the Goldman Sachs transcripts to every Bernie supporter. There’s your targeted mail program right there” Prior said, while also noting that it certainly would be one way to stop Bernie’s supporters from voting for Clinton. Of course, the Democrats view the entire thing as a “total non-issue.”

Thus far, the Republicans have not been able to come up with anything significant outside of some attendee’s recollection that the speech “was pretty glowing about us.” One GOP official said the while efforts have been made, this is one of those situations where high profile and potentially damaging documents remain out of reach.

Speaking of high profile and potentially damaging documents, as the FBI probe is winding down (with the conclusion of the investigation perhaps being an interview of Clinton directly), the State Department reiterated claims it made last December that it still can’t seem to locate any emails to or from Clinton IT aide Bryan Pagliano.

Spokeswoman Elizabeth Trudeau told reporters Monday that the State Department hasn’t been able to locate a single email Pagliano sent or received from May 1, 2009 to February 1, 2013. In addition to a gap in email correspondence, the State Department also does not have any text messages or BlackBerry Messenger messages sent to or from Clinton during her time in office according to The Hill.

As The Weekly Standard notes, we know that at least one email was sent directly from Pagliano to Clinton during the missing time period… 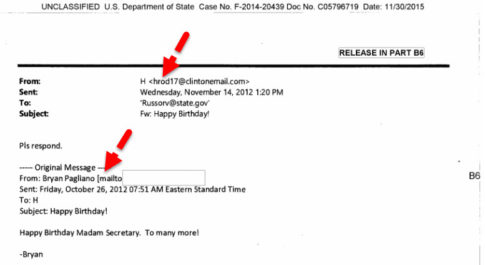 Of course, it has been able to locate emails for the time period after Clinton left the State Department…

“The department has searched for Mr. Pagliano’s e-mail PST file, and has not located one that covers the time period of Secretary Clinton’s tenure.

But the files are from after Secretary Clinton left the department. We are continuing to search for Mr. Pagliano’s e-mails which the department may have otherwise retained.

“The department does acknowledge, we must work to improve our systems for record management and retention as part of the ongoing effort, the department is not automatically archiving Secretary Kerry’s e-mails as well as the e-mails of numerous senior staff.”

Here are some headlines from Bloomberg:

We’ll let the readers draw their own conclusions from the State Departments comments, but once again we remind everyone that the Justice Department has granted immunity to Bryan Pagliano in exchange for his cooperation with the FBI investigation. Also as a reminder, as former U.S. attorney Matthew Whitaker pointed out, if the FBI does interview Clinton, they will only be asking questions that they already have the answers to – answers that could be provided by Pagliano’s own computer, which the FBI already has in its possession.

For those that wish to have blood shoot out of their eyes and ears, here is the State Department press conference…