“KASHKARI: WE’RE HERE TO SERVE MAIN STREET (ON A PLATTER TO THE ELITES)” 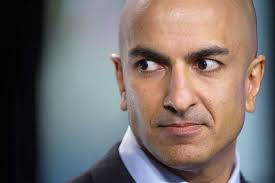 Former Goldmanite, and current Minneapolis Fed president and paradoxical “crusader” against TBTF banks and bank bailouts (such as the one he was instrumental in drafting during the financial crisis) Neil Kashkari, spoke moments ago at the Economic Club of Minnesota, where he delivered a speech titled “The Role and Limitations of Monetary Policy.” Among the otherwise irrelevant things he said the following:

Which is ironic for numerous reasons, among them being what SF Fed president John Wiliams said last week during the Milken Conference when asked what the biggest systemic financial risk is. To be sure, if it was all about “main street”, the Fed’s biggest worry would be deteriorating wages, a collapse in employment, the elimination of pensions, or the collapse of interest on savings. No; instead Williams said the biggest systemic financial risk currently is the possibility that “broad sets of assets are going to see big movements downward” as interest rates rise. “That’s an area that I think is a potential risk.“

Ah yes, because to Main Street – whom he “serves” – the biggest risk is a big drop in assets prices.

As for Kashkari’s laughable joke, here are some of our favorite charts showing just how well the Fed has “served” not just Main Street, but the tens of millions of incrasingly older US retirees whose only source of income is, or rather used to be, fixed income and savings. 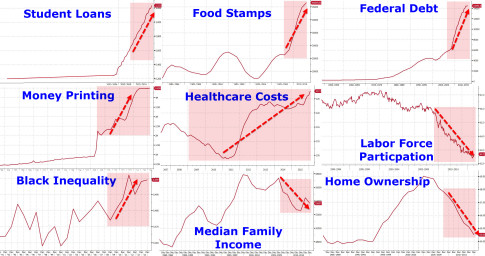 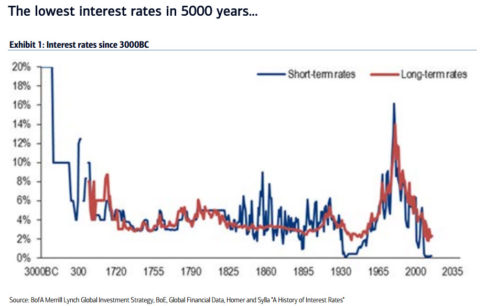 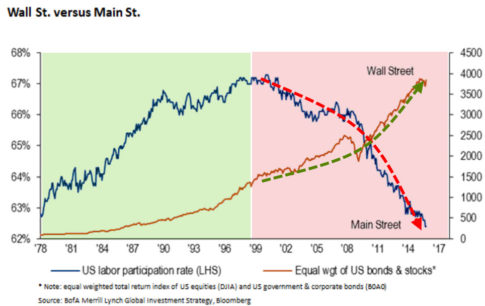 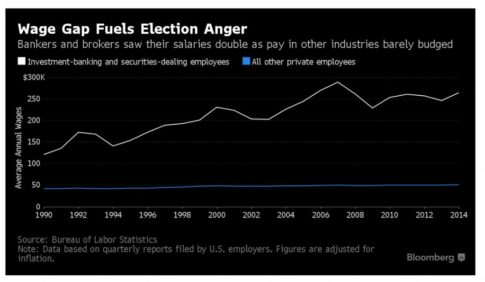 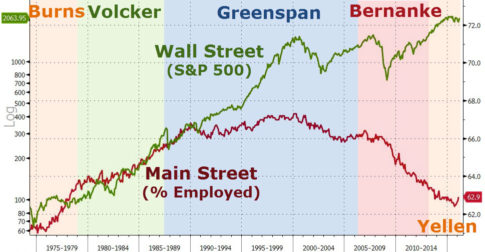 So, as Mike Krieger concluded so eloquently…

The next question one should ask is, how has Wall Street helped the U.S. in order to deserve such incredible financial success? Well they mass produced fraudulent products, destroyed the global economy and then demanded a massive taxpayer bailout for starters. A year after the banker bailouts, Wall Street bonuses were at record highs, while Americans were still being kicked out of their homes. That’s about as close a link you’re going to find between Wall Street and Main Street.

The reason we bring this up today is not to increase the public’s rage against the bloated financial sector and the obvious harm it does to society, but to highlight an example of how the status quo invents and propagates a myth in order to deceive the public. The good news is that they always keep recycling the same myths, so once we understand their game plan, the potency of their lies diminishes. Let’s make sure they can’t use the Wall Street/Main Street one ever again.

They just did, because if you repeat a lie long enough…