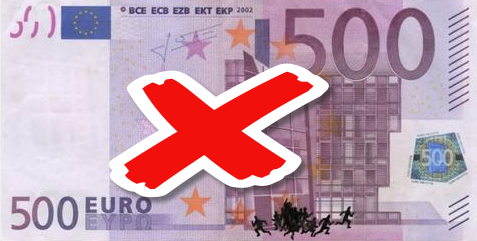 Following the denial in February that this action is in any way about reducing cash, The ECB has made its decision on the EUR500 Bill: 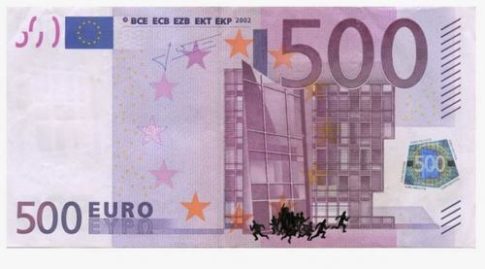 And so now, everyone rushes into the CHF 1000 note.

As we wrote previously, the answer is not that simple at all. Recall that the €500 note is the second highest currency denomination in G10, after the CHF1,000 note. More importantly, the total value of €500 notes in circulation amounts to €306.8bn and has been rising as shown in this BofA chart:

Furthermore, as a share of the value of total euros in circulation, the €500 note is the second-highest, after the €50 note.

This is what we said in February:

In other words, if overnight the €307 billion worth of €500 bills were eliminated, the notional value of the entire amount of European physical currency in circulation would decline by 30% to €700 billion!

And there you have it: while it may not be banning all European cash outright, we are confident the ECB would be delighted if one third of it was to start, while pretending to be fighting financial crime, terrorism, corruption and drug dealers.

Of course, what Europe would be truly doing is setting the scene for ever more aggressive NIRP, and by removing the highest denomination bank notes, it would make evading negative that much more difficult and costly (albeit would certainly favor gold).

That’s not all: as Bank of America pointed out, abolishing the €500 note may even end up even weakening the European currency:

… we would expect that abolishing a note that represents almost 30% of the total Euros in circulation would be negative for the currency, keeping everything else constant. The share of the €500 note in the total value of Euros in circulation has been falling since 2009 and this has coincided with a weakening Euro in real effective terms. This is not evidence of causality, but we should not ignore it.

If we are right, the Euro will weaken, primarily against the USD and the CHF. The USD is the most liquid currency and we would expect it to capture a large share of the drop in the demand for the Euro as a store of value. However, the CHF could also benefit, having the largest note denomination in G10 economies. Indeed, the CHF1000 note is already very popular, representing more than 60% of the CHF  notes in circulation, unless the SNB follows the example of the ECB and also abolishes the CHF1000 note.

BofA is right, unless of course, in this global race to the bottom where every central bank tit has other central bank tats as a direct response, first the SNB “scraps” the CHF1000 bill, and then the Federal Reserve follows suit and listens to Harvard “scholar” and former Standard Chartered CEO Peter Sands who just last week said the US should ban the $100 note as it would “deter tax evasion, financial crime, terrorism and corruption.” 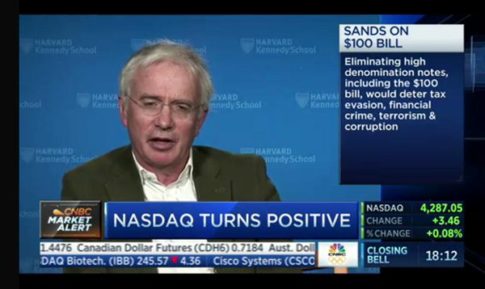 Go ahead and cut, then: after all who really needs the Benjamins, right? Well, here’s the thing: 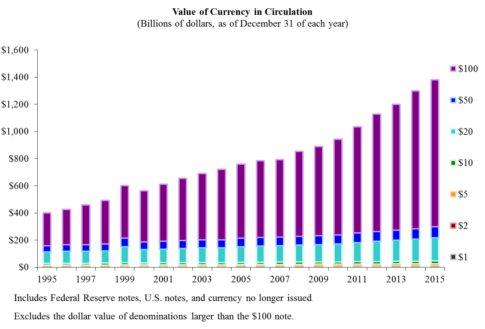 Not a bad way to launch a global ban on paper currency ahead of a global NIRP regime, and all, of course, in the name of fighting “tax evasion, financial crime, terrorism and corruption.”