During a visit to Israel the previous year, Cameron told the Knesset in a speech about his great-great-grandfather, a Jewish banker who emigrated from Germany. 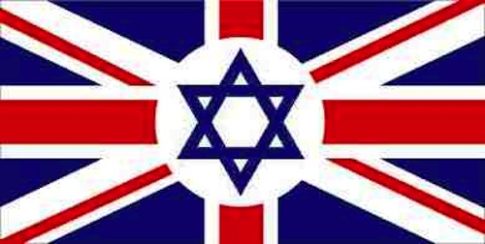 At that rate Muslims would have 200 seats

Stuart Littlewood considers the phenomenal over-representation of Jews and non-Jewish Zionists in the UK parliament which, in terms of support for Israel, is magnified even further when viewed alongside the Conservative and Labour party leaders’ umbilical ties to the Israel lobby.

“Proportional Representation” is a big buzz-word in the UK these days. It implies fairer voting and fairer government. It is claimed to give minorities a better chance of being heard and therefore, they say, it should be incorporated into the “new politics” our shiny new coalition government has promised us.

But one minority group needs no help in that direction.

The Jewish Chronicle has published a list of Jewish MPs in Britain’s parliament. It names 24 – Conservatives 12, Labour 10 and Liberal Democrats two.

I thought it was more. But let us for the sake of argument accept the Jewish Chronicle’s figures.

The Jewish population in the UK is 280,000 or 0.46 per cent. There are 650 seats in the House of Commons so, as a proportion, Jewish entitlement is only three seats.

With 24 seats they are eight times over-represented. Which means, of course, that other groups must be under-represented, including Muslims.

If Muslims were over-represented to the same extent as the Jews (i.e. eight times) they’d have 200 seats. All hell would break loose.

The UK’s Muslim population is 2.4 million or 3.93 per cent. Their proportional entitlement is 25 seats but they have only eight – a serious shortfall. If Muslims were over-represented to the same extent as the Jews (i.e. eight times) they’d have 200 seats.

All hell would break loose.

Yes sir, in the name of fairness there’s plenty of work here for proportional representation. Bring it on!

Meanwhile two Jews – the Miliband brothers – are battling for the leadership of the beaten Labour Party. Ed Miliband (former energy secretary) is 40 and David Miliband (former foreign secretary) 44, both far too young to lead this country, especially when neither has achieved anything worthwhile in the real world outside politics.

It’s a reflection of the generally poor calibre of MP talent when such people, although academically gifted, can rise to the top. And indulging the young has had disastrous results. Think of Blair and the cult of arrogant youth he brought onto the political scene. Men of 40, especially politicians, think they know everything. They know nothing, as David Miliband (who backed the Iraq war) demonstrated in his blundering approach to the Middle East in Gordon Brown’s government.

Jewish over-representation is only part of our problem. An even bigger worry is the huge number of non-Jew Zionists that have stealthily infiltrated every level of political and institutional life. They swell the pro-Israel lobby to such a phenomenal extent that it  accounts for an enormous 80 per cent of the Conservative Party, which is now in power with the Liberal Democrats in tow as their junior coalition partner.

Too many pro-Israel MPs speak and act as if they would rather wave the Israeli flag than the Union Jack. These “Israel-firsters” refuse to condemn the illegal occupation, the racist policies and the war crimes.

Too many pro-Israel MPs speak and act as if they would rather wave the Israeli flag than the Union Jack. These “Israel-firsters” refuse to condemn the illegal occupation, the racist policies and the war crimes. As Israel’s interest often clashes with Britain’s, their defence of the indefensible inevitably raises questions about loyalty, a deadly serious issue given the number of Zionists in public life.

And still we are cursed with the cult of youth. Cameron, 43, had no significant achievement under his belt but was able to manoeuvre himself, with the help of Jewish backers, into Britain’s prime minister slot. He is also a self-declared Zionist and voted for the war in Iraq, so how can he be trusted?

William Hague, who has been a member of Conservative Friends of Israel since he was 15, is the new foreign secretary. Alistair Burt, an officer of the Parliamentary group of Conservative Friends of Israel, has been appointed Foreign Office minister for the Middle East, and David Lidington is now the Foreign Office minister for Europe. He has spoken of being a “staunch defender” of the State of Israel. So the stooges are safely installed and activated.

Nick Clegg, Cameron’s Liberal Democrat coalition partner, is also 43. He at least had a useful career before becoming an MP, as did his right-hand man Vince Cable, a person of more mature years and far greater stature than the two coalition leaders put together.

In their “programme for government” our new coalition has precious little to say about the stolen Holy Land except “We will push for peace in the Middle East, with a secure and universally recognized Israel living alongside a sovereign and viable Palestinian state”. Note it’s a secure Israel and only a viable Palestinian state, not the other way round or even equal status. And there’s no mention of action to end the Gaza blockade which Clegg called for in the Guardian last December.

So, stooging for Israel has made the transition from Labour to the Conservative-led coalition with seamless smoothness. It is business as usual between Britain and the rogue state’s amoral thugs, as Sir Gerald Kaufman calls them.