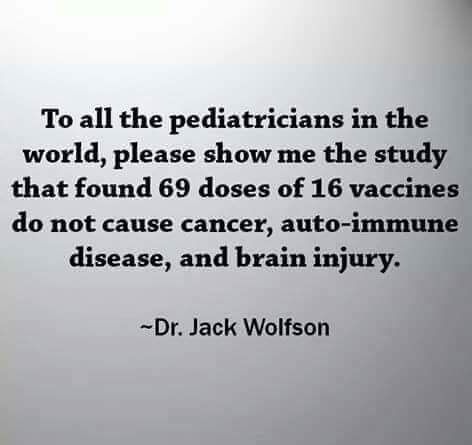 – Parents beware: The government has found a new way to force children to be vaccinated without parental consent:

If you choose not to vaccinate your children, you should know that the government can have you declared unfit and vaccinate them anyway – at least if you happen to live in Michigan.

A Michigan appeals court has ruled that a judge acted properly when ordering children to be vaccinated despite objections by their mother on religious grounds. Her requests were disregarded after she was deemed unfit by the state.

According to Michigan Live, the mother was considered unfit on several grounds: lack of financial support for the children, unstable housing, lack of food for the children and mental health problems. The case was set in motion after a social worker asked a Kent County court to order the vaccinations. When the mother objected because of religious beliefs, the judge ordered their vaccinations. A subsequent appeal was held up.

The appeals court’s ruling reads in part: “We recognize that, were respondent a fit parent entitled to control and custody of her children, (state law) would undoubtedly allow her to forego the immunization of her children otherwise required by the Public Health Code on the grounds of religious objection.

“However, this provision is inapplicable on the present facts for the simple reason that the children are not being immunized as a result of provisions in the Public Health Code. That is, the trial court did not order the children’s immunization under any provision of the Public Health Cole, rather… the court exercised its broad authority to enter dispositional orders for the health of a child under its jurisdiction, including the authority to enter dispositional orders regarding medical treatment.”

The laws in Michigan regarding vaccinations were recently changed to make it more difficult for parents to forgo vaccines. In the past, it was merely a matter of signing a paper at the school. Starting last January, however, parents of children who attend public schools were required to undergo an educational session about the benefits of vaccines and then sign the papers at the county health department.

This ruling is likely to make a lot of people uncomfortable who are already concerned about vaccines being pushed on their children. Now it appears that a court can simply label parents unfit and vaccinate their children by force if they refuse to get on board, which is a very dangerous precedent.

Not the first case of children being forcibly vaccinated

This is far from the only example of children being forcibly vaccinated. For example, in 2015, a Maine supreme court ruled that parents’ statutory rights are terminable at will, even if there is not any clear evidence that such rights must be revoked to ensure the safety of a child. In that case, a child had been determined to be in danger because of her mother’s boyfriend. Even though this had nothing to do with the child’s vaccination status, a judge ordered the state’s Health and Human Services Department to vaccinate the child against the mother’s wishes. Her appeal was shot down by the Maine Supreme Court in a 4–1 ruling.

This is particularly concerning because the government has directly admitted that vaccines can lead to injury and even death in a table that was published by the federal Department of Health and Human Services. According to this “Vaccine Injury Table,” the tetanus shot has been linked to anaphylaxis, which can happen within just four hours of injection. The hepatitis B and MMR vaccines can also cause anaphylaxis, disability, injury and death. This admission flies in the face of the typical “all vaccines are safe” line that we are so often fed.

As long as parents continue to stand up for their rights and oppose injecting their children with dangerous chemicals, Big Pharma and the government will keep trying to find ways to defame doctors who speak out about the dangers of vaccines, silence those who try to spread the truth – such as the documentary VAXXED – and force parents to comply, possibly putting their children at risk for autism and a host of other unpleasant outcomes. 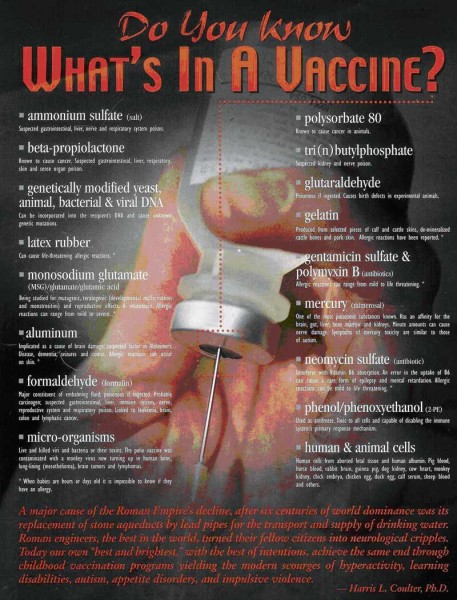