“Can you believe this shit?

Honestly, can anyone seriously take official Government Statistics as truthful and in-massaged any more?

It’s an insult to our intelligence.” 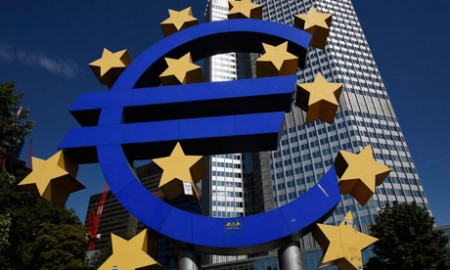 – Eurozone economy speeds up, reaches size it was back in 2008:

LONDON (AP) — It’s been a long and tortuous journey, but the eurozone economy is finally back to the size it was before the global financial crisis. Official figures released Friday show that the eurozone, which as a bloc is the world’s second-largest economy, accelerated unexpectedly at the start of the year to bring it back to the level it was before the recessions of the past eight years.

Eurostat, the European Union’s statistics agency, said the 19-country currency bloc expanded by a quarterly rate of 0.6 percent in the first three months of the year. The increase was double the previous quarter’s rate and ahead of market expectations for a more modest 0.4 percent.

The increase means that the eurozone economy is now 0.4 percent bigger than it was in the first quarter of 2008, before the deep recession stoked by the global financial crisis. Since then, the eurozone has had a torrid time, falling in and out of recession as the global financial crisis morphed into a regional debt crisis that at various times threatened the future of the euro currency itself.

Though the size of the eurozone economy is back to where it was in 2008, the region still has a way to go to heal fully. That’s most evident in the unemployment rate, which at 10.2 percent is still 3 percentage points higher than it was in 2008. It is far higher in the countries that have suffered most financially, such as Greece and Spain.

While the eurozone was dealing with the debt problems of a number of its member states, other economies, such as the U.S. and Britain were recouping the ground lost in the wake of the global financial crisis, which triggered the deepest global recession since World War II. The U.S., for example, regained its pre-recession size back in 2011 and has since managed to eke out consistent growth and seen unemployment fall sharply.

The eurozone’s last recession ended nearly three years ago, but growth has been slow. The acceleration in the first quarter may be the clearest indicator yet that the eurozone is finally moving into a higher gear — particularly as it came during a period when financial markets were volatile due to worries over a Chinese economic slowdown and a sharp fall in the price of oil.

On an annualized basis, the eurozone growth in the first quarter was about 2.5 percent, way more than the U.S. rate of 0.5 percent. Though no details were offered by Eurostat beyond the headline numbers, it seems that the eurozone has benefited from a number of factors, particularly the fall in oil prices, which helps an economy that is a net importer of crude. The fall in the value of the euro has helped the region’s exporters, particularly in Germany. In addition, the European Central Bank’s monetary stimulus measures and less stringent budgetary policies by governments appear to be helping.

Whether the economic will keep expanding at this rate will depend on a number of factors, many of which are external to the eurozone, such as the British vote on June 23 on whether to leave the European Union and slowing demand from China. Within the eurozone, worries over Greece’s future in the single currency bloc could flare up again and the upcoming Spanish general election may cause jitters.

“False dawns have been common since the financial crisis and nowhere more so than in Europe,” cautioned Alasdair Cavalla, senior economist at the Centre for Economics and Business Research. In a further positive development, Eurostat reported that the unemployment rate across the region fell to 10.2 percent in March from the previous month’s 10.4 percent, bringing it to its lowest since August 2011. The number of unemployed fell by 226,000 during the month, taking the total to 16.44 million.

Though the growth and unemployment figures are on the right path, the lack of inflation remains a problem. Eurostat said that consumer prices in the year to April fell by 0.2 percent. That’s down from the previous month’s annual rate of zero and below market expectations for a more modest decline to minus 0.1 percent. The core rate, which strips out the volatile items of food, alcohol, tobacco and energy, also declined, to 0.8 percent from 1 percent.

That will be disappointing for the European Central Bank, whose primary policy aim is to keep inflation just below 2 percent. As a result, the market reaction to Friday’s economic data was muted. While the growth and unemployment figures may have encouraged traders to think that the ECB will be less likely to enact a further stimulus, the inflation data suggest the opposite. The euro was steady just below $1.14 following the data.

The ECB is worried that low or subzero inflation could lead to deflation, a long-term drop in prices that can choke the life out of an economy for years. That’s the primary reason why it’s cut its interest rates, including its main one to zero, and launched a bond-buying program that it hopes will stoke economic activity and lift prices in the longer-term.

No further stimulus is expected from the ECB soon but if prices keep falling for longer than anticipated, then it could be forced to act again. The ECB expects prices to start picking up soon, partly because of its stimulus programs but also because of the recent pick-up in oil prices, which should lead to higher energy bills and prices at the pump.

Tomas Holinka, an economist at Moody’s Analytics, thinks that higher eurozone growth will be one reason why inflation “should return to positive territory in the second half of the year.”