As European countries deal with the current refugee crisis, each is taking a slightly different approach in response to the escalating situation. In Norway, which has been shocked by the unfolding events in neighboring Sweden which has seen a mass revulsion at the ongoing refugee onslaught (and which recently announced it won’t accept any more refugees from the EU) the answer appears to be the simplest possible one: offer asylum seekers money to leave. 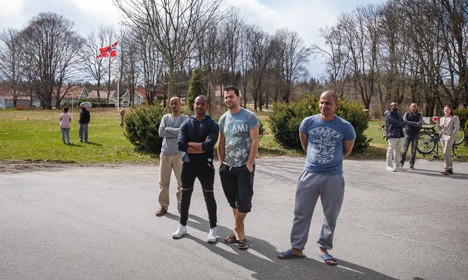 Asylum seekers at the Bjørnebekk asylum centre in Ås

Integration Minister Sylvi Listhaug had the following to say about the bonus program: “We need to entice more [people] to voluntarily travel back by giving them a bit more money on their way out. This will save us a lot of money because it is expensive to have people in the asylum centers. There are also many who are not entitled to protection and, by all means, are going to be rejected. It’s better for us to stimulate their travel back.” 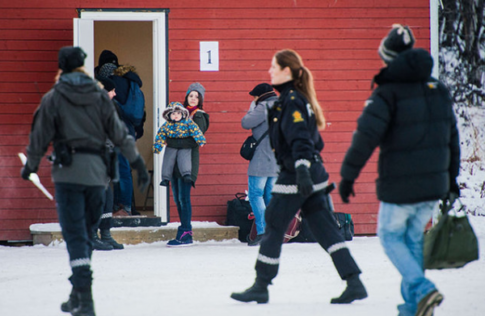 A total of 35,358 asylum seekers arrived in Norway in 2015, up from 11,480 the prior year. Given the influx of refugees primarily fleeing a war torn Syria, it’s understandable to want to have a protocl in which the asylum seekers are processed within the system.

What may be disturbing to some, ostensibly those who initially urged Europe to accept as many refugees as possible only to realize after the fact that “cultural integration” is far different than presented in glossy pamphlets and occasionally leads to mass violence, a surge in rapes and lots of screaming, is the cheapening of human life to the point where the idea of throwing a few thousand USD at people will completely erase the fact that the migrants “home” is no longer a home, and going back would presumably mean putting one’s self and/or family back in harm’s way.

To most others, this will be a great outcome, especially since the incremental cost of booting the new asylum seekers is relatively low.

To qualify for the additional 10,000 kroner to cover travel costs, asylum seekers must have arrived in Norway prior to April 1st and must not have overstayed their legal length of stay.

The Norwegian Directorate of Immigration said the goal of the bonus was to stimulate a faster voluntary return of those asylum seekers who do not have a legitimate protection claim in Norway. It remans to be seen how this program will be gamed and abused.