Several weeks ago, a German comedian Jan Böhmermann, landed in hot water after releasing a satirical “video poem” about the Turkish president which aired in ZDF Neo Royale program on March 31, and accuses Erdogan of repressing Turkey’s national and religious minorities, as well as of being a pedophile.

The video, which incidentally was less funny than the author had intended, can be seen in the clip below.

Most were slighly amused by it, but not the target of the clip’s satire, and a few days ago the Turkish president submitted a criminal complaint against the 35 year old German comedian for libel.

While the video fell under the protective cloak of the right to artistic freedom, press freedom and freedom of opinion, Böhmermann dubbed his poem an act of “abusive criticism” Reuters reported.

Ironically, even former Greek Finance Minister Yanis Varoufakis, who has borne the brunt of Böhmermann’s jokes himself, spoke out in support of the comedian, tweeting that “Europe first lost its soul [agreement with Turkey on refugees], now it is losing its humor.”

Europe first lost its soul (agreement with Turkey on refugees), now it is losing its humour. Hands off @janboehm! https://t.co/w6bTJjp0QG

And while some said that this could land the humorist, already under investigation over attacking foreign representatives, in more trouble free speech watchers said that the likelihood of Merkel succumbing to Turkish pressure was low.

However, they were wrong, and earlier today Angela Merkel authorised the Turkish demand for criminal proceedings against a German TV comedian over a crude satirical poem about President Recep Tayyip Erdogan in a bitter row over free speech.

“The government will give its authorisation in the case at hand,” Merkel told reporters, adding that it was up to the courts to decide on his guilt or innocence.

However, perhaps to soften criticism of folding to Erdogan demands, Merkel also announced that Germany would by 2018 scrap the rarely-enforced section 103 of the criminal code — insulting organs or representatives of foreign states — under which the comic, Jan Boehmermann, has been accused, as a result of the embarrassing affair.  A section 103 probe can only go forward with the approval of the federal government.

Ankara this month filed a formal request for a criminal inquiry to be launched in Germany against the popular Boehmermann, who accused Erdogan of having sex with goats and sheep while gleefully admitting he was flouting Germany’s legal limits on free expression.

Merkel – who had previously labelled the poem “deliberately insulting” — had pledged Turkey’s request would be “very carefully” examined, even as she underlined the German constitution’s guarantees of “freedom of expression, academia and of course the arts”.

As AFP reports, on Friday she said her government, after heated internal debate, had concluded that only the judiciary should decide whether Boehmermann had committed a criminal offence.

“In a state under the rule of law, it is not a matter for the government but rather for state prosecutors and courts to weigh personal rights issues and other concerns affecting press and artistic freedom,” she said.

Merkel stressed that Berlin’s decision did not amount to a “prejudgement” on his legal culpability and that “prosecutors and courts” would have the last word. In an ironic twist, German law also allows Erdogan to demand the court verdict be broadcast, if he wins.

And while we respect Merkel’s justification for what will be seen as another crushing blow to European free speech, we wonder how a comparable criminal complaint by Putin against a German comedian would have fared (and there are certainly more than enough media jokes for him to pick) with the chancellor. And then we remember that it is not Russia that is the critical threshold for millions of Syrian refugees which can be unleashed upon Europe at a moment’s notice, but Turkey, and promptly remember who has all the leverage. 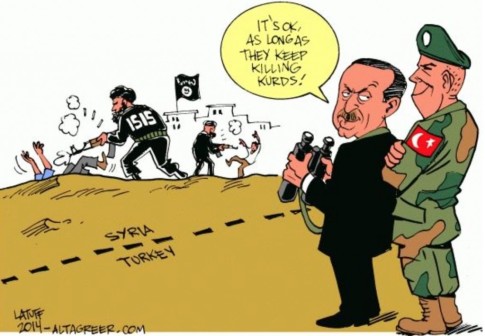 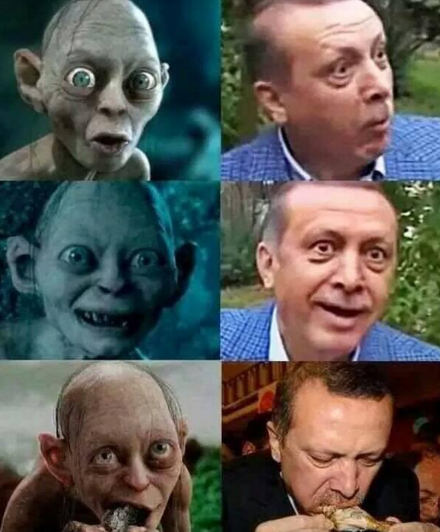 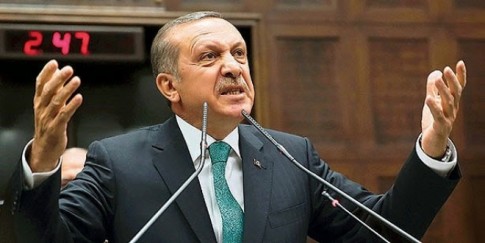