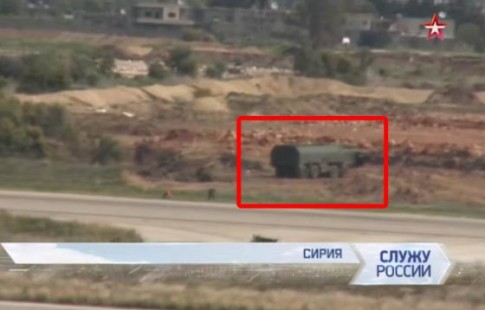 There was much surprise in geopolitical circles several weeks ago when, completely out of the blue, Russian president Vladimir Putin announced he would begin withdrawing military forces from Syria at once, a move hailed by some as confirmation Russia had failed to achieve its goals in the civil war-ridden nation which serves as a hotbed of ISIS terrorist attacks around the globe, and by others as victory.

Both camps may have been wrong. According to a Reuters, while the Kremlin announced one thing to the international community behind the scenes it has been doing more of the same: sending even more forces, arms and supplies to Syria.

As Reuters explains “when Vladimir Putin announced the withdrawal of most of Russia’s military contingent from Syria there was an expectation that the Yauza, a Russian naval icebreaker and one of the mission’s main supply vessels, would return home to its Arctic Ocean port. Instead, three days after Putin’s March 14 declaration, the Yauza, part of the “Syrian Express”, the nickname given to the ships that have kept Russian forces supplied, left the Russian Black Sea port of Novorossiysk for Tartous, Russia’s naval facility in Syria. Whatever it was carrying was heavy; it sat so low in the water that its load line was barely visible.”

Reuters’ assessment is blunt: Putin lied and has been actively sending more equipment to Syria:

Its movements and those of other Russian ships in the two weeks since Putin’s announcement of a partial withdrawal suggest Moscow has in fact shipped more equipment and supplies to Syria than it has brought back in the same period, a Reuters analysis shows.

It is not known what the ships were carrying or how much equipment has been flown out in giant cargo planes accompanying returning war planes.

But the movements – while only a partial snapshot – suggest Russia is working intensively to maintain its military infrastructure in Syria and to supply the Syrian army so that it can scale up again swiftly if need be.

Putin has not detailed what would prompt such a move, but any perceived threat to Russia’s bases in Syria or any sign that President Bashar al-Assad, Moscow’s closest Middle East ally, was in peril would be likely to trigger a powerful return.

But while reneging on its promise to withdraw forces from Syria is hardly surprising, what is shocking is what Russia may have been deploying to Syria quietly in recent weeks. According to the Russian military website military-informant.com an Iskander SS-26 Stone short-range ballistic missile complex which has a range of 400 km and is nuclear-capable, was spotted on March 27 near the Hmeymim airbase used by Russia for its airborne attacks.

According to the website, the Armed Forces of the Russian Federation conducted a redeployment of missiles of unknown type Hmeymim air base in Syria.  It adds that during during a night-time arrival of two military transport aircraft at the Russian air base, under conditions of high secrecy made military equipment was unloaded.

The combat vehicles were covered with a special tent, which prevented accurate identification of the type and purpose of military equipment. Eyewitnesses report that the two trucks were hidden under an awning and that together with another heavy complex, left the location of the air base accompanied by wheeled armored vehicles moved in an unknown direction.

The launch complex was subsequently spotted in the background of a Russian armed forces video clip published on March 27, and shown below:

The moment when the Iskander launch complex is caught on tape can be spooted 5:22 into the clip below.

If confirmed, it begs the question: how will John Kerry, the state department, and allied forces react once it becomes clear that not only did Putin not withdraw forces from Syria but has added nuclear-capable ballistic missiles to the Russian arsenal in Syria?

And, more to the point, how will Turkey respond.

Finally, here is what the Iskander ballistic missile looks like in action: