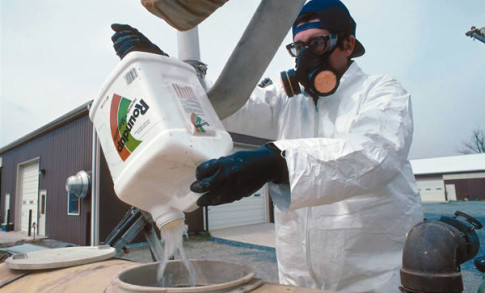 – Brighton to Seek Alternative to Glyphosate:

Brighton and Hove City Council in the UK has voted overwhelmingly to seek alternatives to glyphosate for killing weeds in public areas, citing the IARC’s 2015 finding that the chemical is “probably carcinogenic”.

The move follows campaigning by the Pesticide Action Network and a petition from residents, who are concerned that the twice-yearly spraying of public areas with glyphosate is a risk to public health.

The council’s public grounds maintenance contract is up for renewal in April. The new contract is likely to include a requirement to work with council officers to find an alternative to glyphosate.

The agreement was made at the full council meeting of 24 March after the motion was put forward by Green councillors. Cllr Louisa Greenbaum, who spearheaded the move, stressed she was not calling for an immediate ban on the chemical but for other cost-effective alternatives to be found.

Greenbaum said she had been speaking with other local authorities who have been testing alternatives to glyphosate, and that the key message coming back was that “it is very important we find a good alternative”.

“There are many non-chemical alternatives out there, but what I’m hearing is that some are much more effective than others.”

Greenbaum added that since she submitted the motion, the EFSA had made moves toward not renewing the licensing of glyphosate, so the decision “may be all out of our control anyway”.

Cllr Gill Mitchell, deputy leader of the Labour & Cooperative Group which has control of the council, pointed out that the previous Green administration had already trialled reducing glyphosate use by cutting spraying to once per year.

That trial resulted in “excessive weed growth and a huge amount of complaints from residents. It would have led to damage to highway infrastructure if it continued.” But she said the Labour & Cooperative Group would support the motion on the basis that an “effective and affordable” alternative would be sought.

The Conservatives also supported the motion. Conservative councillor Tony Janio said: “If I wanted to do something and somebody said “You’re probably going to die”, I wouldn’t do it. Looking at the evidence…this is probably something we shouldn’t use.”

He added that European cities were finding alternatives so “I don’t see why we should put up with it in Brighton and Hove.”

But he reiterated calls for the council “not just to ignore the weeds” but to find another way of dealing with them effectively.