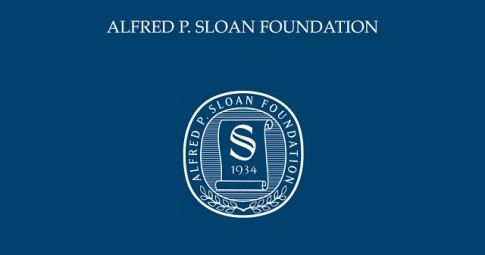 As the story on the censorship of the VAXXED documentary continues to unfold, we are learning that Robert De Niro was pressured by none other than the Sloan Foundation in New York to blacklist the independent documentary.

The Sloan Foundation is so named from Alfred P. Sloan, a Nazi collaborator and eugenics depopulation promoter. It’s no coincidence that his own beliefs on using medical interventions to reduce race-targeted populations coincides perfectly with the stated depopulation goals of Bill Gates (whose financial web of influence is woven across the entire vaccine propaganda landscape).

What led me to connect the dots on this is a short piece from Celia Farber of The Turth Barrier, who originally noticed the Sloan Foundation link.

As admitted on this Tribeca Film Festival web page:

The New York based Alfred P. Sloan Foundation, founded in 1934, makes grants in science, technology and economic performance… The Alfred P. Sloan Foundation, in partnership with the Tribeca Film Institute, provides funding for narrative features or series that are scientifically relevant, accurate, and exciting through the TFI Sloan Filmmaker Fund.

Industrialist Alfred P. Sloan, as head of General Motors, was a Nazi collaborator, and ardent admirer of Hitler. Sloan’s hatred of blacks was almost as intense as his hatred of Jews. He had a close connection with the eugenics movement which eventually became the Human Genome Project. The Sloan Foundation, together with the Rockefeller nexus, held a long standing interest in population reduction, including their involvement with the introduction of mysterious new vaccines together with the World Health Organization, which has a stated policy of population reduction, as clearly set forth in Agenda 21. (truthaboutagenda21.com).

This dubious enterprise led to a massive vaccine initiative to vaccinate against relatively rare tetanus in The Philippines, Nicaragua, and Mexico. These vaccine vials, distributed by the WHO, were found to contain hCG, which when combined with tetanus toxoid carrier, stimulated formation of antibodies against human chorionic gonadotropin, rendering women incapable of maintaining a pregnancy and potentially inducing a covert, involuntary abortion. Population control under the cover of health care. (ethiofreedom.com).

This seemingly altruistic Sloan Foundation also funded the Community Blood Council of Greater New York, Inc., which allowed more than 10,000 hemophiliacs and countless others to become fatally infected with HIV/Aids. Moreover, The Sloan Foundation held 24,000-53,000 shares issued by Merck and Co., whose president George W. Merck was director of America’s biological weapons industry and whose Hepatitis C and polio vaccines have been suspected of transmitting AIDs; and who knows what else. (Population Control: Aids/Ebola and other man-made diseases, S.R. Shearer, July 29, 2014). Dr. Leonard Horowitz’s seminal work, Aids and Ebola: Nature, Accident or Intentional, contends that both Ebola and Aids were bio-engineered by scientists working for the CIA.

Like the most evil entities on the planet, the Sloan Foundation hides its eugenics / depopulation agenda behind a “science” agenda. But if you read between the lines, it’s obvious that the foundation’s ethics are rooted in globalist initiatives that sacrifice human lives to create whatever the elitists call “a better world.”

The Alfred P. Sloan Foundation believes that a carefully reasoned and systematic understanding of the forces of nature and society, when applied inventively and wisely, can lead to a better world for all.

TRANSLATION: Develop viral bioweapons and sterilization chemicals and inject them into the populations of the world (via vaccinations) to make them either infertile or diseased. Then reap the financial rewards on all the Merck pharmaceuticals sold to treat the very diseases that you injected into the population. Most of all, uses “forces of nature” (such as viruses) to eliminate targeted populations that the globalists don’t want around, thereby leading to “a better world for all.” Mission accomplished!

RELATED: The CDC vaccine science cover-up admitted to by Dr. William Thompson specifically points out that it was African American children who were subjected to high autism risk from the vaccines! Yes, there is a racial genocide component to all this, and it fits perfectly with the eugenics history of Alfred P. Sloan as well as Robert De Niro’s decision to censor the VAXXED documentary.

The Sloan Foundation is currently headed by a globalist named Paul Joskow, member of the Council on Foreign Relations (CFR), a global elite group with deep ties to depopulation advocate Bill Gates, who also awards large grants to numerous websites that agree to publish pro-vaccine propaganda. (Nearly all pro-vaccine websites have been bought and paid for by the pharmaceutical industry or Gates-like foundation grants.)

The Gates Foundation and the Sloan Foundation, it turns out, tag-team money funneling into fraudulent vaccine initiatives that further Gates’ depopulation agendas. See this Gates Foundation announcement for a taste of the official cover story, under which you really find a pattern of pushing vaccines as covert sterilization tools to depopulate the world of targeted populations in Third World nations.

Paul Jaskow is also tied to MIT, the same “scientific” institution that fed radioactive oatmeal to children to find out what would happen to them. So the use of children for medical experiments is a pattern of history and tradition at MIT.

As part of the cover for all this nefarious activity, Paul Joskow gives money to an anti-eugenics non-profit group called “Facing History.” This annual report from 2013 lists “Barbara Chasen Joskow and Paul L. Joskow” as donors, while simultaneously stating the group is “Celebrating Milestones” that include “teaching about the challenges societies face as they attempt to heal, repair, and rebuild after genocide or other instances of mass violence.” It is no coincidence that vaccines are a form of mass violence against children, thereby perpetuating the circle of violence upon which these non-profit front groups depend for their funding and stature.

Facing History is a political correctness influence group that claims to “help students learn about hatred and bigotry so they can stop them from happening in the future.” This group is one of the key influencers that has turned today’s liberal college students into intolerant “safe space” crybullies who feel physical violated when they hear any opinion or speech that disagrees with their own. The key philosophy of Facing History is absolute cognitive obedience to propaganda ideas that are pushed onto students by brainwashed instructors and college administrators.

What you’re reading here is only what I’ve been able to put together in about an hour of research the links between the Tribeca Film Festival, the Sloan Foundation, the CFR, the Gates Foundation, Merck, depopulation agendas, eugenics and Nazi war criminals.

No doubt you and others across the internet will find much, much more. Keep digging! 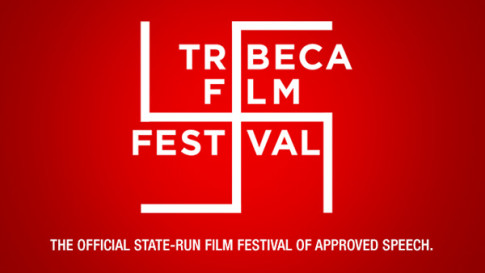