– US Kills ISIS Second-In-Command For 3rd Time In 2 Years:

While Russia and Iran are busy liberating whole cities from ISIS in Syria, the US is sticking with the “one raid at a time” approach and it apparently paid dividends on Thursday morning when Abu Alaa Afri, also known as Abd al-Rahman Mustafa al-Qaduli and Haji Imam was killed in Syria.

US Defense Secretary Ash Carter and Joint Chiefs Chairman Gen. Joe Dunford are set to make the announcement this morning at a press conference and the Pentagon is thrilled. Al-Qaduli had a $7 million bounty on his head, higher than Omar the Chechen (who was killed earlier this month) and Abu Mohammed al-Adnani who is arguably more influential than Bakr himself.

A physics teacher by trade, Mosul-born al-Qaduli was ISIS before ISIS was ISIS. He served as a deputy to Abu Musab al-Zarqawi (Islamic State’s “godfather”) and was jailed by the US in Iraq in 2012. Upon his release, he joined ISIS and reportedly was Bin Laden’s choice to lead the group after Abu Omar al-Baghdadi and Abu Ayyub al-Masri were killed in 2010. He was, however, passed over for Abu Bakr al-Baghdadi, whose family can be loosely traced to the Prophet. 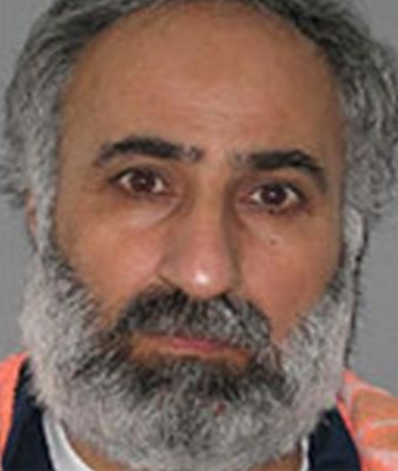 Al-Qaduli is no stranger to being dead.

He died last April for instance, in a strike on a mosque in Iraq. “Al-Qaduli was one of several people killed in a strike that hit a mosque where Islamic State leaders were meeting,” WSJ reported at the time. He was also killed in September of 2014. Here’s the airstrike that killed him last year:

In any event, if al-Qaduli is indeed no more, it means that ISIS has lost two of its top brass in the space of just three weeks (al-Shishani being the other).

And if US SpecOps did indeed kill him, it just goes to show that the CIA has indeed served a burn notice on the entire chain of command. After all, Russia and Hezbollah are pushing uncomfortably close to Deir ez-Zor and Raqqa and dead men, as they say, tell no tales. 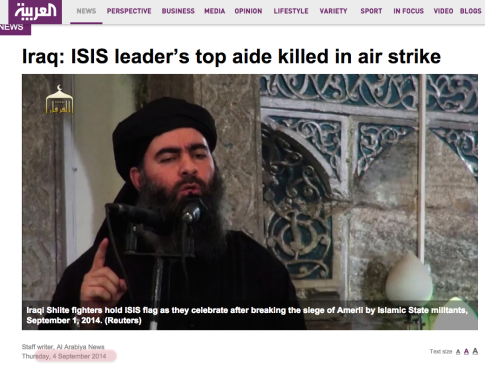