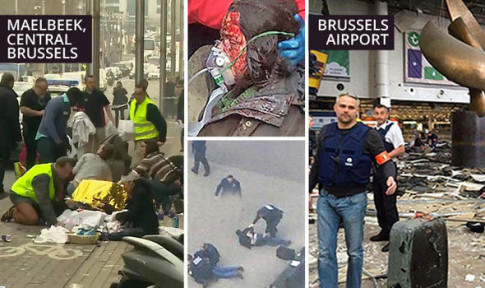 – Brussels Bomb Attacks: Why The Airport And The Metro? Why Now? Why Brussels?:

The multiple bomb blasts in Brussels are as purposeful as those terrorist attacks carried out in Paris last November.

They have been implemented by the very same group of rogue intelligence agencies and secret services to include the CIA, MI6, MOSSAD and DGSE (French SS) on behalf of their NWO masters.

Brussels is now ground zero in Europe as it was repeatedly warned by the MSM during the aftermath of the Paris terror attacks that were staged on 11/13.

Why Brussels?  Why the airport?  Why the Metro?  Why now?

Because, Brussels is the de facto imperial capital of the European Union.

If you talk to any resident of Europe these days, they will tell you that Brussels has become the new Rome.