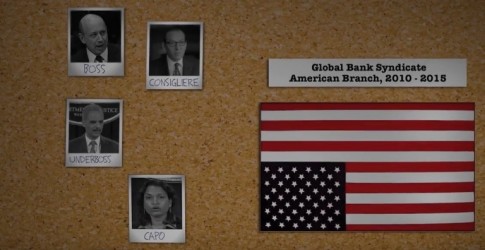 – Must Watch Video – “The Veneer of Justice in a Kingdom of Crime”:

All government, in its essence, is a conspiracy against the superior man: its one permanent object is to oppress him and cripple him…The most dangerous man to any government is the man who is able to think things out for himself, without regard to the prevailing superstitions and taboos. Almost inevitably he comes to the conclusion that the government he lives under is dishonest, insane and intolerable, and so, if he is romantic, he tries to change it. And even if he is not romantic personally he is very apt to spread discontent among those who are.

It does not take a majority to prevail but rather an irate, tireless minority, keen on setting brushfires of freedom in the minds of men.

I believe it is the duty of every single American citizen to sit down and watch the following mini-documentary. In just 45 minutes, you will learn more about the state of the union and the the world around you than decades of schooling and mainstream media could ever provide. Ignorance is not bliss, and if it weren’t for the blinding levels of ignorance pervasive in modern society, we wouldn’t find ourselves in this current deplorable state we’re in — on a knife’s edge between manageable serfdom and total tyranny.

No one in American society is supposed to be immune from criminal prosecution, yet the Justice Department in the Obama administration took it upon themselves to grant such immunity to the mega banks and their employees. This is a tale of the traitors operating within the highest levels of the U.S. government, and it is a saga of how the rule of law was openly torched in front of our very eyes.

Readers often ask me “what can I do to help.” Here’s what you can do. You can watch this video, then send it to every single person you know and plead with them to watch it. If necessary, make it a point to to sit with them and watch it. That’s how important this is.

Until justice is served, this nation will never heal. Economically, culturally or spiritually.