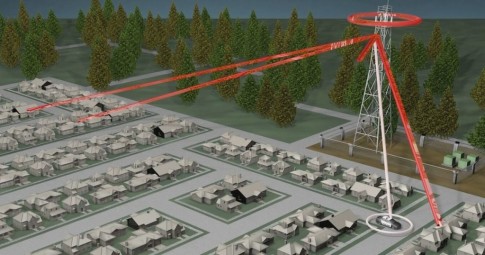 According to newly released records, the U.S. Marshals Service has used cellphone surveillance tools, sometimes known as Stingrays, on the phones of nearly 6,000 suspects. The Marshals Service accidentally confirmed its use of the devices to USA TODAY during a Freedom of Information Act request for a copy of the agency’s log of cases in which agents had used Stingrays.

Truth In Media has written extensively about Stingrays, or cell-site simulators, and how they are being used to track suspected criminals while largely operating without oversight from local, state, or federal authorities. Exactly how the devices operate and what data they collect and/or save has been unknown because of the vast degree of secrecy surrounding the tools.

The Electronic Frontier Foundation describes the Stingray as “a brand name of an IMSI (International Mobile Subscriber Identity) Catcher targeted and sold to law enforcement. A Stingray works by masquerading as a cellphone tower– to which your mobile phone sends signals to every 7 to 15 seconds whether you are on a call or not– and tricks your phone into connecting to it.”

In a response to USA TODAY’s FOIA request, the Marshals Service included an “almost totally censored” spreadsheet listing its Stingray cases. Although the details of the specific cases were blacked out USA TODAY was able to count the number of entries the agency had made on its log of Stingray uses. The agency described the log in a letter as “a listing of IMSI catcher use.”

“The Marshals Service confirmed its use of the devices to USA TODAY only in the process of trying to keep it secret, rejecting a Freedom of Information Act request for a copy of its log of cases in which agents had used stingrays,” USA TODAY reported.

This is not the first time the public has learned details of the U.S. Marshals’ cellphone surveillance program. In late 2014, the Wall Street Journal revealed a cell-phone monitoring program operated by the U.S. Marshals Service using small planes. The program involved the Marshals using Cessna planes mounted with cell-site simulators similar to Stingrays. These so-called “dirt boxes” are supposed to be used for criminal investigations, but they are capable of collecting data from tens of thousands of people on each flight.

In early March of 2015, it was also revealed that the CIA has been working with the Marshals on the program. Over the last ten years, the U.S. Marshals Technical Operations Group worked with the CIA’s Office of Technical Collection to develop the technology. The agencies have spent more than $1 million developing the technology. USA TODAY reports that the Technical Operations Group instructs agents not to reveal “sensitive or classified information or programs” without approval, unless a court orders them to do so.

“For any sensitive technique, method, source or tool, it only makes good sense that law enforcement would not divulge this information,” William Sorukas, a former supervisor of the Marshals Service’s domestic investigations, told USA TODAY.

The U.S. Marshals Service has not commented on the findings.

In 2015, the Department of Justice ordered federal agents to begin obtaining search warrants before using stingrays. As of February 2016, several federal agencies are known to be using the devices, including the FBI, the NSA, the U.S. Marshals, the CIA, the IRS, and the ATF.