Donald Trump is causing quite the ruckus in American politics.

What started as a parody campaign has now, nine months later, mushroomed into a legitimate bid for the White House. That’s upsetting to the political establishment on both sides of the aisle and now, both the media and America’s entrenched political establishment are struggling to come to terms with the brazen billionaire’s success.

Last week, in what some view as a prelude to a fascist future for America, Trump suggested he would change libel laws in order to give himself greater scope to sue journalists who pen negative articles about him. But as you’ll see from the clip shown below, he may have had a legitimate reason for his position. 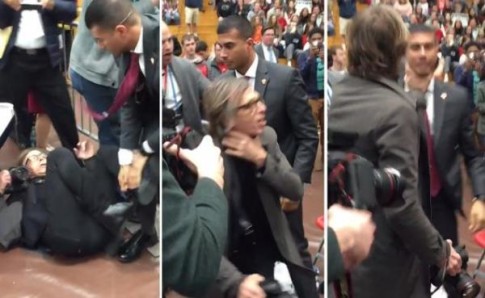 Here is the start of the altercation:

The reporter, one Christopher Morris, reached for the throat of a secret service agent. 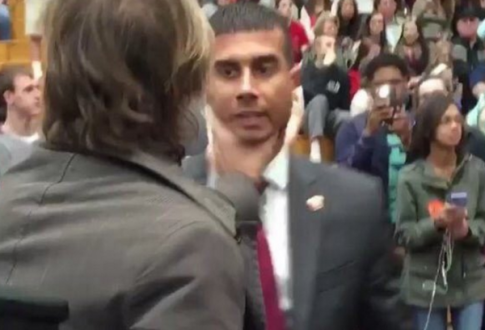 I never touched him,” Morris says, in what appears to be a lie.

Moments ago the Secret Service officially admitted that the photographer really did attack a secret service agent, who perhaps was expecting the altrecation to be with a paid Trump bodyguard, which would allow him to claim media repression.

It did not quite work out that way.

And some other angles of the altercation:

Here’s moments prior. The reporter says “f*ck you” — that’s when it got physical pic.twitter.com/h9K2wIbEWQ

As The Hill adds, in an afternoon blog post, Time confirmed that Morris was the photographer involved and explained, step by step, what the magazine believes happened.

“TIME has contacted the U.S. Secret Service to express concerns about the level and nature of the agent’s response. Morris has also expressed remorse for his part in escalating the confrontation,” according to the post.

A spokesman said in the statement, “We are relieved that Chris is feeling OK, and we expect him to be back at work soon.”

The reporter, Perticone, published additional video on Twitter he says occurred moments before the interaction between the security guard and Morris “got physical.”

Also shown in Perticone’s second video are African-American protesters walking past the press pen chanting and shaking their fists.

WSET reporter Annie Anderson posted a third video in which she says she interviewed Morris as he was being escorted out of the Trump rally.

In the video, Morris says, “I never punched him. I never touched him. At the very end I tried to show … the press lead what he did to me. And I said he choked me so I put my hand on him. And that’s when I was arrested.”

Which is odd, because it doesn’t appear that Morris was actually arrested at any time during the encounter.