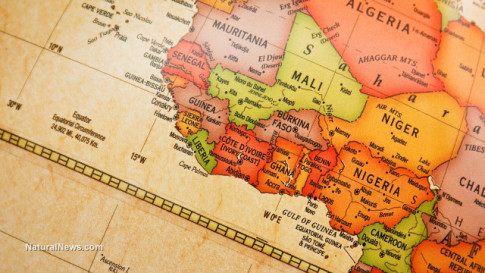 Originally from neighboring Mali in West Africa, the plaintiffs alleged that all three companies aided and abetted in serial human rights violations via their active, regular involvement in buying cocoa from Ivory Coast, knowing the problem existed. Though the companies were aware of the child slavery issue, they nevertheless offered financial and technical assistance to local cacao farmers to ensure that they would get the guaranteed cheapest source of cocoa, according to the plaintiffs.

As reported further by Reuters:

The case focused in part on how lower court judges have interpreted a 2013 Supreme Court decision that made it harder for plaintiffs to sue corporations in U.S. courts for abuses alleged to have occurred overseas.

In the 2013 ruling of Kiobel v. Royal Dutch Petroleum Co., the high court unanimously tossed a lawsuit filed by a dozen people from Nigeria, accusing the British and Dutch company Royal Dutch Shell Plc of aiding and abetting state-sponsored murder and torture.

The justices ruled that the law under which the case was brought, the 1789 Alien Tort Statute, was to cover only violations of international law that occurred within the United States, despite that law previously being used against individuals who committed crimes outside the U.S.

Violations elsewhere in the world, according to Chief Justice John Roberts, in writing for the court, must “touch and concern” U.S. territory “with sufficient force to displace the presumption” that U.S. law can only be applied domestically, despite the fact that the case concerned international legal conventions and human rights violations.

Additional American firms facing similar types of lawsuits have been very successful in fighting off such cases merely by citing that ruling, though judges have sometimes differed in the interpretation of the nearly 230-year-old law.

“In the Nestle case, the appeals court said the plaintiffs could update their lawsuit to see if they could meet the higher burden required under the Supreme Court ruling,” Reuters reported. “Several business groups, including the U.S. Chamber of Commerce, urged the court to hear the case.”

Very few are aware of the problem

As noted by Legal Reader, the Supreme Court appears to be drawing a line regarding child slavery.

“Almost always in the corner, if not the vest pocket, of big business, the court on Monday rejected a bid by Nestle and other food giants Cargill and Archer-Daniels-Midland to dismiss a suit brought by plaintiffs from Mali who had been child slaves in Ivory Coast, where their labor was used to harvest the cacao beans used to make chocolate,” the site reported.

The site further notes that Ivory Coast’s two biggest exports are cocoa and coffee, adding that coffee bushes are often “grown in the shade” of cacao trees. Children from nearby impoverished countries are lured by Ivory Coast farmers to work the cacao and coffee bean groves with false promises of good pay that can be sent back home to relatives.

“Ivory Coast slave owners draw their victims from the impoverished countries of Mali and Birkina Faso. The slaves are boys who, like all slaves, are immediately ‘broken’–broken physically and mentally—to make them docile. Boys who are rebellious or are caught trying to escape tend to disappear,” the site reported.

Very few consumers around the world of cocoa and coffee products, however, are aware of the child slavery problem, the site said.