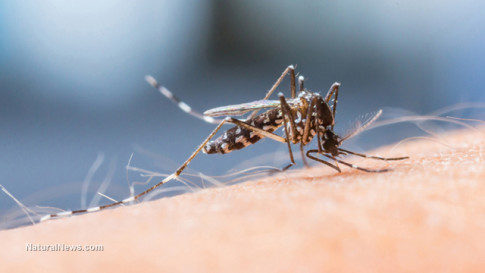 – The virus vs. humanity: Rapid spread of Zika virus causes governments of South American nations to plead with women, ‘Don’t have any more babies!’:

It’s become the latest mega-virus to spread to countries around the world, and like the deadly Ebola virus that was just recently declared contained – though the disease killed someone in Sierra Leone after the declaration was made – its spread has stumped medical investigators.

As reported by the Washington Post, a few days ago the Centers for Disease Control and Prevention (CDC) confirmed that a dozen cases of the Zika virus had been found in the United States, as the agency further expanded an advisory telling pregnant women to avoid traveling to countries that are experiencing additional outbreaks.

What exactly is Zika? From The Post’s Health section:

The virus was discovered in 1947 in a feverish rhesus monkey living in the Zika Forest of Uganda, but until 2007 scientists knew of only 14 human cases of the disease. That year it arrived on the travel-brochure-perfect Yap Island in the southwestern Pacific Ocean. Within a few months, nearly three-quarters of the island’s 11,000 or so residents older than 3 had been infected.

Initially the patients experienced fever, joint pain and eye inflammation, but eventually they also contracted a red bumpy rash; some complained of swollen hands and feet, while others threw up.

Zika popped up again, this time in Tahiti and other parts of French Polynesia. An estimated 28,000 people (about 11 percent of the population of those islands) felt sick enough with the virus to seek medical care. By 2014 it was showing up in several other South Pacific spots: New Caledonia, east of Australia; the Cook Islands; and, early this year, Easter Island, which marked the official arrival of the disease in the Americas, since that remote island is part of Chile. Zika showed up in Brazil in May.

Indeed, the CDC initially listed 14 countries as danger zones for Zika, but added eight more in recent days – nations from the Caribbean, South America and Polynesia – indicating it is spreading rapidly.

The American agency is currently working with health officials in Brazil in search of a link between the virus – which is spread by mosquitoes – and a rare condition known as Guillain-Barre that often leads to paralysis.

Brazil is ground zero for the Zika outbreak, health officials have said, but now they are investigating another twist in the puzzle: a link between the virus and a rare birth condition known as microcephaly. Brazil has experienced almost 3,900 cases of the “rare” disease since October; babies involved have suffered serious brain damage.

There may be as many as 1.4 million cases

In recent days, health officials in a number of countries have begun to warn women to consider delaying pregnancy, since they are so worried about containing the virus. Those countries include Brazil, Colombia, El Salvador and Jamaica, according to The Post.

At present, the known U.S. cases were probably caused by people who were traveling to the affected countries and were bitten by mosquitoes. Still, there is some thought that the U.S. may be experiencing its own free-standing outbreak.

Brazil is spending scarce resources to battle the disease. So far, the country has spent about $300 million to battle it, sending troops door-to-door to destroy places where mosquitoes may breed.

“We never paid too much attention to this virus,” Paulo Zanotto, a microbiology professor at the University of Sao Paulo and coordinator of 42 laboratories studying Zika, told The Post. “I’m really worried because we have no idea of the amount of spread.”

Brazilian health officials believe that there are currently somewhere between 400,000 and 1.4 million Zika cases in the country of about 200 million.

U.S. health officials have said that Zika may be responsible for a baby born with microcephaly in Hawaii recently, the first such case in the U.S. Officials believe that the mother may have caught the disease while living in Brazil last spring.