– 2 Of The World’s 20 Most Violent Cities Are In America:

While Caracas – the capital of socialist utopia Venezuela where gun control is extreme – remains the number one most violent city in the world, there are two new entrants from the USA into the World’s Top 20 least desirable places to walk the streets – St. Louis (15th most violent city in the world) and Baltimore (19th). America, land of the free to indiscrimanently kill other people?

As Statista’s Nial McCarthy details, out of the world’s 50 most violent cities, 41 are in Latin America including 21 in Brazil.

The Mexico Citizens Council for Public Security releases its findings on the homicide rate in cities with populations over 300,000 every year. This infographic shows the world’s top 20 cities, with Caracas, Venezuela, in first place with 119.87 homicides per 100,000 residents in 2015. 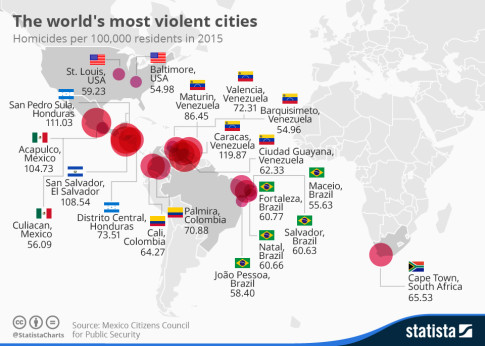 And here is the Top 50 – including 4 American cities… 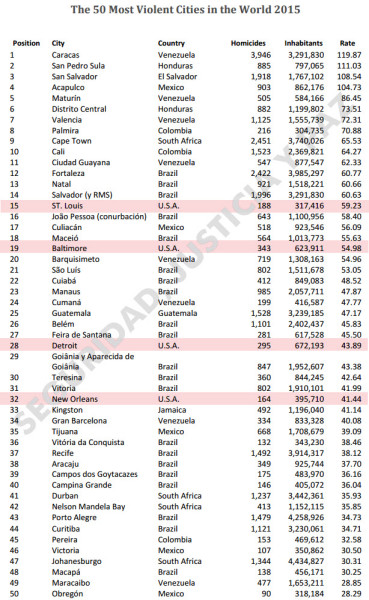