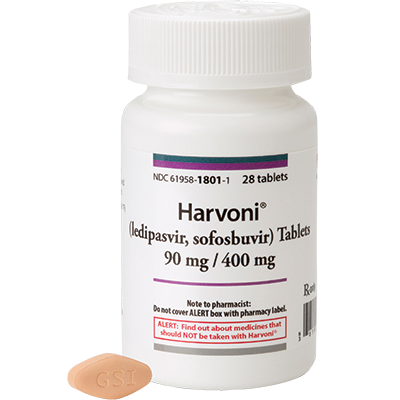 Late in the summer of 2015, it was one solitary tweet by Hillary Clinton which, in retaliation to Martin Shkreli’s infamous “price gouging”, warned biotech and pharma companies to lower prices for their drugs, that was the catalyst which not only burst the biotech bubble but unleashed a chain of events that culminated with the worst year on record for momentum-gathering investors in alpha clothing such as Bill Ackman. It may have also top-ticked the overall market as it forced the best performing “momo” strategy of recent years to finally fizzle.

However, despite ever louder jawboning up to and including Congressional hearings on the topic of “fair drug prices”, nobody had gone so far as to threaten a healthcare company with legal action unless it cuts drug prices.

As the Boston Globe reports, in a Jan. 22 letter to Gilead chief executive John C. Martin, made public Wednesday, the attorney general wrote that the high price of the company’s Sovaldi drug, which cost $84,000 for a full course of treatment, and its Harvoni drug regimen, which cost $94,500, “may constitute an unfair trade practice in violation of Massachusetts law.”

The newspaper adds that Healey’s letter said her office was looking into bringing an unfair commercial conduct complaint against the company. It is rare, if not unprecedented, for a state attorney general to confront a drug maker on the cost of a therapy.

The antiretroviral treatments sold by Gilead, based in Foster City, Calif., have cured more than 95 percent of hepatitis C patients who have taken them. But their high pricetags have placed a disproportionate burden on state Medicaid programs and corrections agencies nationally, which pay for care of a large share of the patients suffering from the liver-ravaging virus.

“Because Gilead’s drugs offer a cure for the serious and life-threatening infectious disease, pricing the treatment in a manner that effectively allow [hepatitis C] to continue spreading through vulnerable populations, as opposed to eradicating the disease altogether, results in massive public harm,” Healey wrote.

To be sure, Gilead executives have responded to criticism by consumers, insurers, and lawmakers in Washington by arguing its prices are justified. They say the treatments save the health care system money in the long run by preventing patients from developing liver scarring or cancer. Ultimately they may be right, however it is undisputed that the flawed and unsustainable US healthcare system, discussed extensively in the past, is enabling companies like Gilead to charge virtually any price with little pushback, at least until the events from last summer which have now culminated with this letrer.

Furthermore, Gilead is only the first: Healey’s letter targets only Gilead, because its drugs treat a population that is heavily insured by state programs. But the attorney general’s office is also using the letter – and the threat of a commercial conduct complaint – to open up a broader discussion of the impact of rising prescription drug prices on health care spending.

As the Globe also notes, “a recently published investigation by the US Senate Finance Committee found that Gilead “pursued an aggressive pricing strategy aimed at maximizing revenue — not fostering access” to all people needing the drug, Healey’s letter said. It said Gilead had revenue of $20.6 billion from the drugs, after rebates to insurers, in the first 21 months after they went on the market.”

Well, that’s what capitalism is: maximizing revenue. The problem arises when capitalism generates outsized returns by benefiting from a fatally constructed welfare platform, such as the various US healthcare systems which have lead to the current predicament.

“The purpose of this letter is to urge Gilead to adjust its pricing strategy in a way that continues to generate substantial profits for the company, while also providing a clear pathway to the eradication of this life-threatening disease in the United States,” Healey wrote.

Should Healey’s overture against Gilead escalate and ultimately be successful in court, it is only a matter of time before the rest of the pharma world is pursued just as aggressively for comaprable “revenue maximizing” strategies, leading to sharp drops in stock prices for what until recently was the best performing sector.